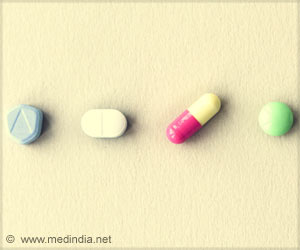 Global antibiotics consumption in humans was estimated to be 35 billion defined daily doses (DDDs) in 2015, a 65 percent increase from 2000, while the consumption rate increased 39 percent, from 11.3 to 15.7 DDDs per 1,000 inhabitants per day, revealed CDDEP study. The study published in Proceedings of the National Academy of Sciences (PNAS) which analyzed human antibiotic consumption in 76 countries, is the most comprehensive assessment of global trends to date.

Researchers from the Center for Disease Dynamics, Economics & Policy (CDDEP), Princeton University, ETH Zurich and the University of Antwerp conducted the study, which found that antibiotic consumption rates increased worldwide from 11.3 to 15.7 defined daily doses (DDDs) per 1,000 inhabitants per day between 2000 and 2015. DDDs are a statistical and standardized measure of drug consumption and represent the assumed average maintenance dose per day for a drug used for its main indication in adults.

Advertisement
‘In humans, worldwide antibiotics use has soared 39% between 2000 - 2015, fueled by dramatic increases in low-income and middle-income countries (LMICs).’

Antibiotic resistance is a global health problem; when it emerges in one place, it quickly spreads to other parts of the world. The study underscores the need for consistent global surveillance of antibiotic resistance and policies to curtail unnecessary antibiotic use. Loss of effective antibiotics is driven in large part by antibiotic consumption, most of which is inappropriate and does nothing to improve health. However, while reducing antibiotic use is critical, increasing access to antibiotics in lower-income countries is also necessary, as these countries suffer from the highest rates of illness and death caused by infectious disease, the study researchers pointed out.


"Finding workable solutions is essential, and we now have key data needed to inform those solutions," said CDDEP researcher and study co-author Eili Klein. "Now, more than ever, we need effective interventions, including stewardship, public education, and curbing overuse of last-resort antibiotics." Major findings from the PNAS study are as follows:
Advertisement
Antibiotic use in LMICs increased 114 percent in total and 77 percent per 1,000 inhabitants per day between 2000 and 2015 (some of total use increase was due to population growth). Some LMICs had rates of consumption that surpassed those of high-income countries. However, many LMICs still have considerably lower per capita consumption rates than high-income countries, due to access issues such as the high cost of drugs and patent protections.

The consumption rate of broad-spectrum penicillins, the most commonly consumed class of antibiotics, increased 36 percent between 2000 and 2015 globally. The greatest increase was in LMICs, where the rate of antibiotic consumption increased 56 percent, compared to 15 percent in high-income countries.

Consumption of new and last-resort antibiotic classes, such as linezolid, carbapenems, and colistin, increased significantly in nearly all countries. The United States remained one of the largest consumers of glycylcyclines (tigecycline) and oxazolidinones (linezolid), although use of these newer drugs in other countries use has surpassed that of the US in recent years.

Consumption increases in LMICs were driven largely by economic growth--a pattern not seen in high-income countries.

Despite the rising rates of antibiotic use worldwide, the results suggest that reducing antibiotic consumption is possible. Consumption in high-income countries actually fell slightly over the study period. In addition, the considerable variation in per capita use across high-income countries suggests that there are lessons to be learned. CDDEP Director and study co-author Ramanan Laxminarayan noted that more than a year has passed since the United Nations General Assembly recognized the global threat of antibiotic resistance, yet little action has been taken since then.

"We must act decisively and we must act now, in a comprehensive manner, to preserve antibiotic effectiveness," Laxminarayan said. "That includes solutions that reduce consumption, such as vaccines or infrastructure improvements, particularly in low-income and middle-income countries. New drugs can do little to solve the resistance problem if these drugs are then used inappropriately, once they are introduced."