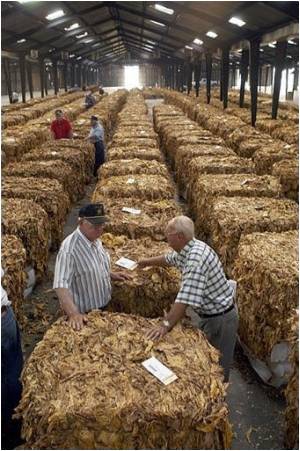 "Illicit trade in tobacco is one of the most dangerous trades at the moment, it's a way of getting cheap, illegal cigarettes into the hands of young people, poor people, people who are in a vulnerable position," said Ian Walton-George, who chaired the negotiations.

The protocol, to be put to a ministerial meeting in November in Seoul for adoption, would not only have a health impact, but could also help governments recover between $40 and $50 billion in duties lost in smuggling.


It would require signatory states to establish a tracking mechanism that could help detect and investigate any illegal trade in tobacco products.

Smoking causes many diseases and affects the overall health of smokers.
Advertisement
Companies involved in the trade, including agents, suppliers and tobacco manufacturers, would have to be licensed under the deal.

Manufacturers would also have to carry out checks on their customers to ensure that they are genuine or if they have associations with criminal organisations.

"If those products with identification markings fall out of the legal chain, then we can check who produced them, who is the first customer," said Walton-George.

"This would make sure that if there are bad apples in the chain, then we can take action to stop that leakage."

No pictoral warnings on tobacco products? What is the government waiting for?
Advertisement
<< Brain Stimulation Capable of Boosting Cognitive Process
Risk for Liver Cancer in Hepatitis B-Infected Patients may ... >>

Blood - Sugar Chart Drug - Food Interactions The Essence of Yoga Color Blindness Calculator Post-Nasal Drip Indian Medical Journals Find a Doctor Drug Interaction Checker Iron Intake Calculator Daily Calorie Requirements
This site uses cookies to deliver our services.By using our site, you acknowledge that you have read and understand our Cookie Policy, Privacy Policy, and our Terms of Use  Ok, Got it. Close
×