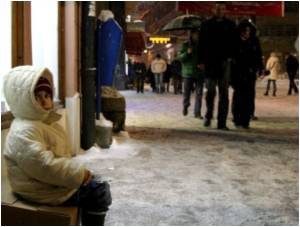 Scientists have claimed that the seeds of criminal and anti-social behaviour can be found in children as young as three.

Prof Adrian Raine, a British criminologist, argued that abnormal physical brain make-up could be a cause of criminality, as well as helping to predict it.

'Anti-social' Attitude in Fish may Explain Alcohol Effect in Humans

Small amounts of alcohol at an very early age can lead to a long-lasting impact on fish and humans, revealed in a study.
Advertisement

His studies have shown that psychopaths and criminals have smaller areas of the brain such as the amygdala and prefrontal cortex, both of which regulate and control emotion and behaviour.


He also believes that a lack of conditioning to fear punishment, which can be measured in toddlers before disruptive behaviour is apparent, could also be a strong indicator.

Scientists have confirmed a common assumption that violence and antisocial behavior increase during puberty.
Advertisement
Dr Nathalie Fontaine argued that children as young as four exhibited 'callous unemotional traits' such as lack of guilt and empathy that could also suggest future bad behaviour.

Linking these features with "conduct problems" such as throwing tantrums could be a strong way to predict who could be anti-social in later life.

Both speakers said that identifying these issues earlier could be important in stopping children from becoming criminals.

Raine said he acknowledged the ethical implications of treating children before they had done anything wrong, but argued that "biological" causes of crime could not be ignored.

"We could be ostriches and stick our heads in the sand but I believe we have to pursue the causes of crime at a biological and genetic level as well as at a social," the Telegraph quoted him as saying.

The theories were put forward at the American Association for the Advancement of Science in Washington.

The Essence of Yoga Find a Doctor Drug - Food Interactions Calculate Ideal Weight for Infants Noscaphene (Noscapine) Selfie Addiction Calculator Loram (2 mg) (Lorazepam) Iron Intake Calculator Diaphragmatic Hernia Post-Nasal Drip
This site uses cookies to deliver our services. By using our site, you acknowledge that you have read and understand our Cookie Policy, Privacy Policy, and our Terms of Use