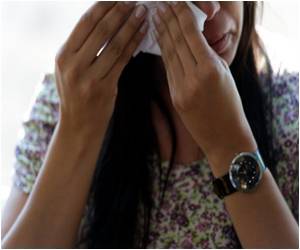 An Indian schoolboy from Delhi claims that his invention is a device, which can help women fend off potential attackers.

The device, which can be worn like a wristwatch, delivers an electric shock once it touches the attacker's skin.

David Kinchin, author and expert on PTSD sheds light on the invisible injury that continues to haunt many who have experienced a significant traumatic event.
Advertisement

Manu Chopra, 16, said that he wanted to "use science to provide safety to women on the street".


Parts of many Indian cities, including the national capital, are unsafe for women.

Chopra said that it was "shameful" that women consider it unsafe to go out of home at night.

"Even my sister is not allowed to go out when dark because it is unsafe," the BBC quoted the boy as saying.

"This is the state of the national capital.

Chopra, whose sister Kaanchi is 12, said that it took him about six days to make the device and he expects it to be up for sale for as little as 122 rupees.

The student of Delhi's GD Goenka School said the idea to work on the device came to him when he read about a national competition, organised by the National Innovation Foundation (NIF).

The foundation, set up by the government, awards children for their innovation and creativity.

The product is attracting a lot of attention and there is talk of its market launch.

But the foundation says it may take time as the "prototype needs to be refined further to be launched as a product" and tests need to be conducted to prove its efficiency.

The "anti-molestation device" is activated when it records a significant rise in nerve speed and pulse rate of the victim.

For it to be effective, the victim has to ensure the dial of the device touches an exposed part of the attacker's body.

"It gives a feeble shock to the molester, giving precious time to the victim to flee," Chopra added.

The device also has an inbuilt camera to record the image of the attacker.

The special report on Medindia brings to the spotlight the problem of domestic violence and its consequences
Advertisement
<< Vitamin Biosynthesis Discovery Might Lead to Fresh Anti-Mala...
Smells can Evoke Powerful Emotional Memories >>

Find a Doctor Drug Interaction Checker A-Z Drug Brands in India Hearing Loss Calculator Sanatogen The Essence of Yoga Post-Nasal Drip Iron Intake Calculator Blood Pressure Calculator Color Blindness Calculator
This site uses cookies to deliver our services. By using our site, you acknowledge that you have read and understand our Cookie Policy, Privacy Policy, and our Terms of Use