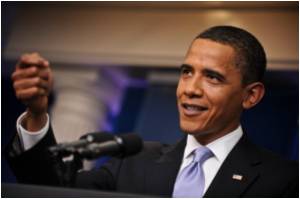 The fight against AIDS and other deadly diseases could get a funding of 11.7 billion dollars as countries around the world took up the commitment to contribute towards the effort.

UN chief Ban Ki-moon announced the commitment at UN headquarters where more than 40 donor countries, private foundations, and corporations were meeting to replenish the Global Fund to Fight AIDS, Tuberculosis and Malaria for 2011 through 2013.

Earlier, Washington said it was contributing what it said was a record four billion dollars to the fund.


"At a time when so many governments are tightening their belts at home, these commitments send a powerful message. It shows how seriously world leaders want to do the right thing beyond their borders," Ban said.

Epidemiologic studies indicate three broad yet distinct geographic patterns of transmission
Advertisement
"However the demand for funding is likely to out-strip even the impressive commitments today. That means we must continue to mobilize more resources."

Health GAP, a non-government organization, immediately expressed "profound disappointment" with the US pledge, saying it fell two billion dollars short of what Democratic supporters in Congress were asking for.

But the State Department called the US commitment "an unprecedented three-year pledge of support," adding it is "a 38 percent increase in the US investment over the preceding three-year period."

"The Obama administration intends to seek four billion dollars for the Fund for 2011 through 2013 to continue America?s strong support for this important multilateral partner," it said.

The figure is all the more important "in light of the overall budget challenges and the largest increase by far of any donor nation this year," it added.

The pledge is aimed at saving "more lives by driving needed reforms and ensuring smart, effective investments are being made," the State Department said.

It also "serves as a challenge to other donors," encouraging them to match the US pledge, the statement added.

With the new US pledge and increased contribution from others, the Global Fund believes it will be possible to have 4.4 million people infected with the AIDS virus "on antiretroviral therapy, up from 2.5 million at the end of 2009," the State Department said.

It also believes it will be possible to provide 2.5 million orphans and vulnerable children with annual support, up from 1.4 million last year.

The State Department added that some 610,000 HIV-positive pregnant women annually will be able to receive services preventing mother-to-child transmission -- compared to 345,000 in 2009.

It will also be able to offer 3.9 million tuberculosis treatment regimens annually, up from 1.4 million in 2009.

It will also be able to distribute 110 million insecticide-treated bed nets designed to prevent malaria, up from 34 million in 2009.

"The United States was the first and remains the largest donor to the Global Fund with an accumulated pledged amount of US 10.5 billion dollars since the organization's creation in 2002," it added.

"Through this three-year pledge, the United States has shown its strong commitment towards the international efforts to fight AIDS, tuberculosis and malaria," the fund's director Michel Kazatchkine said in the statement.

"This is very welcome and sends a strong signal to other donors that the United States is committed to leading a global struggle against infectious diseases," he said.

"The president had the opportunity to lead the world toward sufficient funding for AIDS and failed to do so," it said.

It said 101 members in the president's own Democratic party had asked him to make a six billion dollar pledge, and said it was "gravely concerned" that the size of the pledge will require it to scale back its fight against the three diseases.