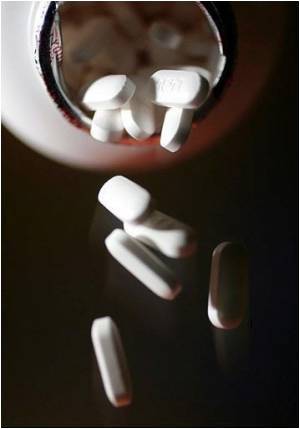 Anti-aging supplements should be taken before old age for benefits, researchers at the University of Florida's Institute on Aging claim.

Christiaan Leeuwenburgh, senior author of the paper and chief of the biology of aging division in the UF College of Medicine, said: "I think it is important for people to focus on good nutrition, but for those of advanced age who are running out of energy and not moving much, we're trying to find a supplement mixture that can help improve their quality of life."


Research points to the mitochondrial free radical theory of aging, that as people age, oxidative damage piles up in individual cells such that the energy-generation system inside some cells stops working properly.

Aging is natural and irreversible but it can be slowed down. Learn how to combat aging through simple means.
Advertisement
To address that problem, many anti-aging studies and supplements are geared toward reducing the effects of free radicals.

The UF researchers investigated the potential anti-aging benefits of a commercially available mixture marketed for relieving chronic fatigue and protecting against muscle aging. The supplement contains the antioxidant coenzyme Q10, creatine - a compound that aids muscle performance - and ginseng, which also has been shown to have antioxidant properties.

The study gauged the effects of the mixture on physical performance as well as on two mechanisms that underlie the aging process and many age-related disorders: dysfunction of the cells' energy producing powerhouses, known as mitochondria, and oxidative stress.

The researchers fed the supplement to middle-aged 21-month-old and late-middle-aged 29-month-old rats - corresponding to 50- to 65-year-old and 65- to 80-year-old humans, respectively - for six weeks, and measured how strongly their paws could grip. Grip strength in rats is analogous to physical performance in humans, and deterioration in grip strength can provide useful information about muscle weakness or loss seen in older adults.

Grip strength improved 12 percent in the middle-aged rats compared with controls, but no improvement was found in the older group.

Measurements of the function of mitochondria corresponded with the grip strength findings. Stress tests showed that mitochondrial function improved 66 percent compared with controls in middle-aged rats but not in the older ones. That suggests that supplementation might be of greater effect before major age-related functional and other declines have set in, the researchers said.

Jinze Xu, first author of the paper and a postdoctoral researcher at UF, said: "It is possible that there is a window during which these compounds will work, and if the intervention is given after that time it won't work."

The researchers are working to identify the optimal age at which various interventions can enhance behavioral or physical performance.

Interestingly, although the older rats had no improvement in physical performance or mitochondrial function, they had lowered levels of oxidative damage.

That shows that reduction of oxidative stress damage is not always matched by functional changes such as improvement in muscle strength.

As a result, research must focus on compounds that promote proper functioning of the mitochondria, since mitochondrial health is essential in older animals for reducing oxidative stress, the researchers said. And clinical trials need to be performed to test the effectiveness of the supplements in humans.

Leeuwenburgh said: "It's going to be very important to focus less on oxidative stress and biomarkers, and focus on having sufficient energy. If energy declines, then you have an increased chance for oxidative stress or failure of repair mechanisms that recognize oxidative damage - we're seeing that the health of mitochondria is central to aging."

The different compounds in the mixture acted to produce effects that single compounds did not, because each component affected a different biochemical pathway in the body, addressing both oxidative stress and mitochondrial function, researchers said.

Leeuwenburgh concluded: "People are catching on that using a single compound is not a good strategy - you have to use multiple compounds and target one or multiple pathways."

The study was published last week in the journal PLoS One.

Ageing process has always been an enigma. Recent research indicates that red wine could delay the process.
Advertisement
Advertisement

Telomeres are cap- like structures at chromosome ends that play an important role in ageing and in the ...