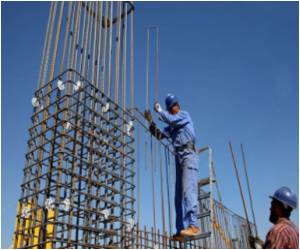 By 2016, Rio is expected to have an additional 250 hotels totalling upto 20,000 rooms, when it hosts the summer Olympics.

"For the 2016 Olympics, we need an extra 12,000 rooms in Rio," ABIH-RJ President Alfredo Lopes told a press conference.


For next year's football World Cup, he said occupation of all hotels was already 74 percent guaranteed.

Lopes said the industry has set up a watchdog group to prevent price gouging and to ensure that prices are in line with services offered.

But he rejected any government role in fixing prices.

He said the role of government was to promote Rio, the gateway for Brazilian tourism, by ensuring greater security, notably with police control of major slums once under the sway of narcotraffickers.

French 'Palace' Hotels Win Hands Down
A new industry classification for luxury that goes beyond a mere five stars have crowned eight ......

Spooky Money-Spinning: Haunted Hotels in the US Offer A Night With Ghosts
In the U.S. there are scores of hotels that claim to be home to ghosts. These 'haunted' hotels ......