Animals may be Smarter Than Humans, Reveals Study 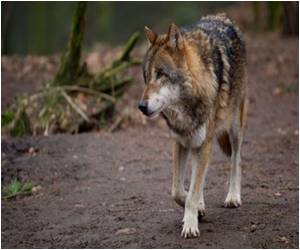 New study conducted by scientists has revealed that animals may have superior brains compared to humans.

Evolutionary biologists have claimed that evidence has emerged which suggests that some animals actually have cognitive faculties that are superior to those possessed by human beings, the Independent reported.

Scientists at the University of Adelaide said that several religion authorities and eminent scholars have been propagating the idea that humans are exceptional by virtue and that they are the smartest in the animal kingdom, but they fail to understand the intelligence of animals.


Dr Arthur Saniotis, Visiting Research Fellow with the University's School of Medical Sciences has said that thought animal rights began rising to prominence in the 19th century, the Industrial Revolution may have forestalled any gains made in our awareness of other animals.

Source: ANI
Advertisement
<< Sea-level may Rise Up to 80cm by 2100
Acupuncture may Help Manage Pain After Tonsillectomy Surger... >>

Animals Avoid Inadvertent Consumption of Poisons Due to Bitter Taste
Most animals avoid eating bitter things in order to prevent eating something that could be ......

Life Expectancy of Animals is Lower Than Plants
Plant researchers at VIB and Ghent University have found that plants generally live longer than ......

Sense of Smell Helps Animals Avoid Danger in the Dark
Many animals depend on their impressive olfactory powers to sniff out food or avoid danger in the .....