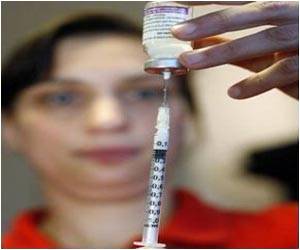 An unusual experiment in which scientists trained mice to identify feces of ducks infected with bird influenza means that disease detector dogs may soon be a reality.

Migrating ducks, geese, and other birds can carry and spread flu viruses over wide geographic areas, where the viruses may possibly spread to other species.

Reported here today at the 240th National Meeting of the American Chemical Society (ACS), the proof-of-concept study may pave the way for development of biosensors-on-four-feet that warn of infection with influenza and other diseases.


"Based on our results, we believe dogs, as well as mice, could be trained to identify a variety of diseases and health conditions," said U.S. Department of Agriculture scientist Bruce A. Kimball, Ph.D., who presented the study results. The study was among nearly 8,000 scientific reports scheduled for presentation at the ACS meeting, one of the largest scientific gatherings of 2010.

Swine flu, a type of influenza caused by a new strain of the H1N1 Type A influenza virus has originated from the pigs. Winter always brings along the chills and the flu, make sure you're safe this season.
Advertisement
"In fact, we envision two broad, real-world applications of our findings," Kimball added. "First, we anticipate use of trained disease-detector dogs to screen feces, soil, or other environmental samples to provide us with an early warning about the emergence and spread of flu viruses. Second, we can identify the specific odor molecules that mice are sensing and develop laboratory instruments and in-the-field detectors to detect them."

Kimball cited the likelihood that a suite of chemicals, rather than a single compound, are responsible for producing the difference in fecal odor between healthy and infected ducks. His team is investigating the use of instruments in detecting these so-called volatile, or gaseous, metabolites in animal feces. Once accomplished, they can use statistical techniques to sift through the data to determine the pattern of volatiles that indicate the presence of infection.

Kimball and colleagues from the Monell Chemical Senses Center trained inbred mice to navigate a maze and zero in on infected duck feces. The mice got a reward of water every time they correctly identified the infected sample and no reward when they zeroed in on feces from healthy ducks. Eventually, the mice became experts at identifying feces from infected ducks.