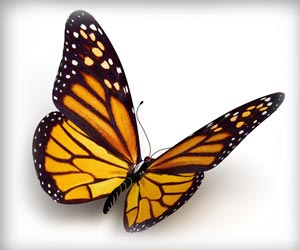 A new study has found how climate change in UK has caused butterflies, among many species to shift their distribution northwards.

The study by researchers in Department of Biology at York, Butterfly Conservation and the Natural Environment Research Council (NERC) Centre for Ecology and Hydrology showed that butterflies were able to expand their distributions only if they had stable (or increasing) abundance trends.

For those species with stable or increasing population trends that have been expanding their distributions, the amount of suitable habitat available in the landscape is important. The more habitat that is available, the faster a species can expand its distribution area.


Using data on butterfly distributions and abundances, collected by members of the public since the 1970s through 'citizen science' schemes, Louise Mair, a PhD student in Biology at York, and her colleagues examined factors limiting butterfly range expansion.

These data reveal that species that were previously restricted to southern England are colonising northern England and Scotland. Butterflies have extended their distributions in this way because warmer climates have made northern regions increasingly more hospitable for these temperature-constrained insects.

The study concludes that conservation management must consider existing populations and ensure that species abundances are stable or increasing in order for them to be able to respond to climate change.

Increasing the amount of natural habitat in the landscape is an important conservation goal, which should increase the rate of distribution expansion for species with stable or increasing populations.

The study has been published by Nature Climate Change.

A Climate Change Warning Mechanism is Need Of The Hour: Scientists
Climate change is impacting human infrastructure and ecosystems. This in turn makes scientists stress on early warning systems to prepare for sudden changes.
READ MORE 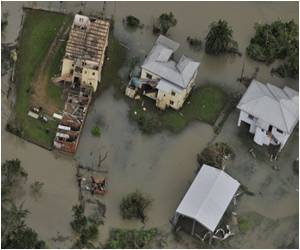 Climate Change Causing Mangroves to Grow in the Atlantic Coast of Florida
A study claims that mangrove trees, which are highly sensitive to cold, have expanded enormously on the Atlantic coast of Florida as the frequency of frosts has diminished.
READ MORE