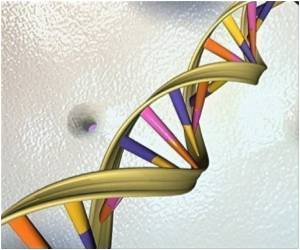 An ancient gene family that plays a pivotal role in regulating the excitability of nerves within the brain has been identified by an American biologist. The discovery points to a genetic route to understanding and treating epilepsy.

Timothy Jegla, an assistant professor of biology at Penn State University, said: "In healthy people, nerves do not fire excessively in response to small stimuli. This function allows us to focus on what really matters. Nerve cells maintain a threshold between rest and excitement, and a stimulus has to cross this threshold to cause the nerve cells to fire.

"However, when this threshold is set too low, neurons can become hyperactive and fire in synchrony. As excessive firing spreads across the brain, the result is an epileptic seizure."

Neurocysticercosis or Cysticercosis of brain is the most common cause of epilepsy and the most common parasitic infection of the brain. Neurocysticercosis is more common in the developing countries.
Advertisement
However, the genetic mechanisms that control the potassium channels and set this threshold are not fully understood. Jegla's team focused on a particular potassium-channel gene - called Kv12.2 - that is active in resting nerve cells and is expressed in brain regions prone to seizure.

Jegla said: "We decided that Kv12.2 was a good candidate for study because it is part of an old gene family that has been conserved throughout animal evolution. This ancient gene family probably first appeared in the genomes of sea-dwelling creatures prior to the Cambrian era about 542-million years ago. It is still with us and doing something very important in present-day animals."

Previous studies have suggested that the Kv12.2 potassium channel has a role in spatial memory, but Jegla and his team focused on how it might be related to seizure disorders.

In collaboration with Jeffrey Noebels at Baylor College of Medicine, the team used an electroencephalography (EEG) device to monitor the brains of mice. They found that mice missing the Kv12.2 gene did indeed have frequent seizures, albeit without convulsions. The team then stimulated mice with a chemical that induces convulsive seizures. They found that normal mice had a much higher convulsive-seizure threshold than mice with a defective Kv12.2 gene. The team also found the same results when they used a chemical inhibitor to block the Kv12.2 potassium channel in normal mice.

"We think that this potassium channel plays a role in the brain's ability to remain 'quiet' and to respond selectively to strong stimuli."

Jegla hopes to open up new avenues of epilepsy research by studying whether activation of the Kv12.2 potassium channel in normal animals can block seizures.

He said: "Ion-channel defects have been identified in inherited seizure disorders, but many types of epilepsy don't have a genetic cause to begin with. They are often caused by environmental factors, such as a brain injury or a high fever. However, the most effective drugs used to treat epilepsy target ion channels. If we can learn more about how ion channels influence seizure thresholds, we should be able to develop better drugs with fewer side effects."

The study appears in Nature Neuroscience.

Risk of Epilepsy High in Soldiers With Brain Injuries

A study has found that soldiers who receive traumatic brain injuries during war may be at a higher risk of epilepsy even decades after the brain injury occurred.
Advertisement
<< DNA Damage During Replication Prevented by Guardian Protein
Trigger and Brake for Uncontrolled Cell Growth Identified >>