Ancient Earth Made Its Own Water 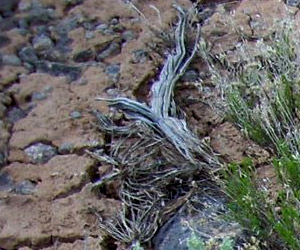 Earth made its own water, in addition to water coming to us in the form of icy comets from the far reaches of the solar system, reveals a new study.

According to researchers at The Ohio State University, the same amount of water that currently fills the Pacific Ocean could be buried deep inside the planet right now and reported the discovery of a previously unknown geochemical pathway by which the Earth can sequester water in its interior for billions of years and still release small amounts to the surface via plate tectonics, feeding our oceans from within.

Armored dinosaurs utilized their long, winding nasal passages to modify the temperature of the air they breathed and used them as heat transfer devices, says a new study.
Advertisement

Wendy Panero, associate professor of earth sciences at Ohio State, and doctoral student Jeff Pigott are pursuing a different hypothesis that Earth was formed with entire oceans of water in its interior, and has been continuously supplying water to the surface via plate tectonics ever since.


Central to the study is the idea that rocks that appear dry to the human eye can actually contain water-in the form of hydrogen atoms trapped inside natural voids and crystal defects. Oxygen is plentiful in minerals, so when a mineral contains some hydrogen, certain chemical reactions can free the hydrogen to bond with the oxygen and make water.

Highlighting the severity of human sex trafficking isse, a new series published by the Crime Victims' Institute, stressed the necessity of enhanced education to address sex trade related risks.
Advertisement
Stray atoms of hydrogen could make up only a tiny fraction of mantle rock, the researchers explained. Given that the mantle is more than 80 percent of the planet's total volume, however, those stray atoms add up to a lot of potential water.

If this scenario is accurate, the Earth may today hold half as much water in its depths as is currently flowing in oceans on the surface, Panero said-an amount that would approximately equal the volume of the Pacific Ocean. This water is continuously cycled through the transition zone as a result of plate tectonics.

Two-Thirds of Earth's Carbon may be Hidden in Planet's Inner Core: Study

Two-thirds of the Earth's carbon might be hidden in planet's inner core, which means that it is planet's biggest carbon reservoir, reveals a new study.
Advertisement
Advertisement

Ancient Earth Made Its Own Water Personalised Printable Document (PDF)