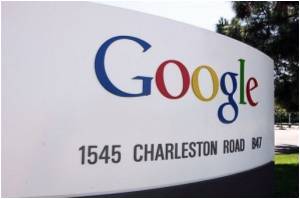 "Search for Cambridge Bay on Google maps and you will fly to a tiny hamlet located deep in the Kitikmeot region of Nunavat in Canada's Arctic circle surrounded by an intricate lacework of tundra, waterways and breaking ice. High above the Arctic circle, it is a place reachable only by plane or boat," Google said in a statement.

New statistics have revealed that three quarters of Google+ users are men.
Advertisement

This is farthest north that Google has reached with its map.


The isolated village of 1,500 people appears as only a handful of streets, with names like Omingmak (ox) Street and Tigiganiak (fox) Road.

"There are 4,000 years' worth of stories waiting to be told on this map. It is the furthest north the Google Maps Street View team has travelled in Canada, and our first visit to Nunavut. Using the tools of 21st century cartography, we're empowering a community and putting Cambridge Bay on the proverbial map of tomorrow," Google said.

Google Tops 2011's Most Visited Site in US

Google has emerged as the most visited site in US this year, followed by Facebook, reveals a study.
Advertisement
The search engine is mapping the village with the help of residents, who hosted a community map-up event in Cambridge Bay, where village elders, local mapping experts and teenagers from nearby high school gathered around a dozen Chrome books and used a Map Maker to add new roads, rivers and lakes to the Google Map of Cambridge Bay and Canada's North.

Using both English and Inuktitut, one of Nunavut's official languages, they added the hospital, day-care, a nine-hole golf course, a territorial park and, finally, the remnants of an ancient Dorset stone longhouse which pre-dates Inuit culture, Google said.

Amy Winehouse's mysterious death has garnered a lot of attention on the Internet, so much so that it has emerged as the most Googled topic this summer.
Advertisement
<< 'No-Brainer','Touch Base' And Other Office Phrases That Dri...
1.5 Million Obese Adults In Britain >>