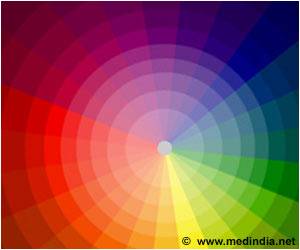 Our ancestors had evolved the ability to see the full-color spectrum of visible light, except for UV around 30 million years ago; a new study has demonstrated.

The scientists have finished a detailed and complete picture of the evolution of human color vision. PLOS Genetics published the final pieces of this picture: The process for how humans switched from ultraviolet (UV) vision to violet vision, or the ability to see blue light.

Read on to discover how color therapy may prove to be a major breakthrough in alternative healing practices.
Advertisement

Lead author Shozo Yokoyama, a biologist at Emory University, said that they have now traced all of the evolutionary pathways, going back 90 million years, that led to human color vision and they have clarified these molecular pathways at the chemical level, the genetic level and the functional level.


The researchers focused on the seven genetic mutations involved in losing UV vision and achieving the current function of a blue-sensitive pigment and they traced this progression from 90-to-30 million years ago.

Your favorite color actually reveals a good deal about your personality.
Advertisement
The researchers identified 5,040 possible pathways for the amino acid changes required to bring about the genetic changes.

According to the research, around 90 million years ago, our primitive mammalian ancestors were nocturnal and had UV-sensitive and red-sensitive color, giving them a bi-chromatic view of the world and by around 30 million years ago, our ancestors had evolved four classes of opsin genes, giving them the ability to see the full-color spectrum of visible light, except for UV.

Study of the psychology of color, technically termed as chromology delves into the influence of colors on the relationship between body and mind.
Advertisement
Advertisement
This site uses cookies to deliver our services.By using our site, you acknowledge that you have read and understand our Cookie Policy, Privacy Policy, and our Terms of Use  Ok, Got it. Close
×