An Enzyme is the Killer You Cannot Live Without 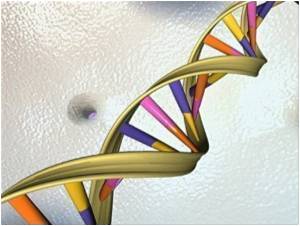 An enzyme that has a double role has been discovered by scientists. On one end this enzyme can push cells to commit suicide but on the other, it may actually short circuit a second form of cell death.

Researchers at Emory University School of Medicine have described it as "the killer you can't live without."

The finding could lead experts to rethink how proposed anti-cancer and anti-inflammatory drugs that target the enzyme, called caspase 8, are supposed to work.


Caspase 8 plays a key role in apoptosis, a form of cellular suicide important for the development of all multicellular organisms, and in defense against viral infections.

"It's remarkable to be able to rescue mice from embryonic death," Caspary says.

In humans, a lack of caspase 8 has been linked to immune disorders and skin diseases such as eczema, while too much caspase 8 activity has been connected with diabetes.

In contrast to apoptosis, necrosis was seen as unregulated death by neglect, until the discovery of an alternative form of cell death, driven by RIP3, called programmed necrosis.

"For several years, the puzzle was: what are the non-apoptotic functions of caspase 8, since there are numerous systems that are impacted by not having it," Mocarski says.

"Now we have to consider that the absence of caspase 8 is actually revealing death by RIP3."

"Our results indicate that whatever caspase 8 was doing in the skin, removing RIP3 takes care of it," Mocarski added.

The study will be published in the March 17th edition of Nature.