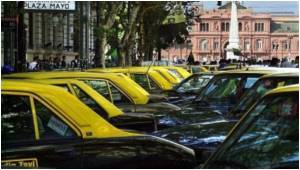 Marcelo Iriarte has the measured voice, confident stride, even the suit and tie, of a lawyer, but every day he dons the fluorescent yellow garb of a street sweeper.

"I had a double life. I left one world to enter another," explained 41-year-old Iriarte, whose astonishing story bridges the massive gulf between Argentina's urban elite and poor.

Aspiring Ethiopian athletes are inspired by their rich and successful senior atheltes who have made a mark on and off field.
Advertisement 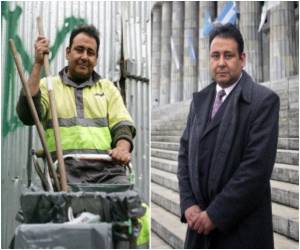 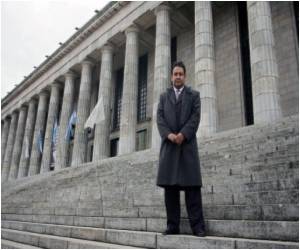 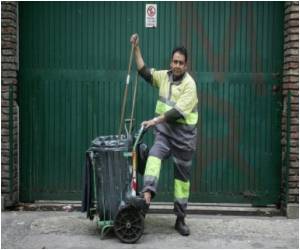 "I had to learn another way of speaking, and when to be quiet so as not to offend," the suave law school graduate with a deep tan told AFP.


Iriarte is something of a media sensation in Buenos Aires after his charming story was dug up and splashed about on the front pages of the newspapers and on the television screens.

Students in central China pay huge money for a kung fu master certification to have an edge over others at the nation's all-important university entrance exam.
Advertisement
In a country of immigrants and widespread poverty, the tale of the "street sweeper turned lawyer" has great resonance.

The son of a poor Argentinian family, Iriarte began working on the streets at the age of eight, selling newspapers, sweets, brooms and other knick-knacks on buses.

He recalled bitterly how one day, after failing to sell a single broom on the buses, he decided to go door-to-door to every business on the street. "They bought them out of pity," he said.

Iriarte became a bus driver about 10 years later and it was thanks to that job and a chance encounter that he ended up resuming his studies.

"In that building worked a girl who changed my life," he said, pointing to the ruined factory where Laura, a mystery passenger he regards as his fairy godmother, sprung from. "I never saw her again," he added.

Following Laura's advice, Iriarte re-enrolled back in high school at the age of 35 and swept streets during the day to fund his legal studies.

Rising every day at 4 am to make it to a 7 am class, he wouldn't get home before midnight due to gruelling night courses.

"Mine was an ant's progress and I lost a bunch of things along the way," Iriarte confessed, without elaborating on what he had lost.

As he spoke, a woman selling coffee from a cart yelled out: "Look how good you look! "We are proud of you!"

Beatriz Rolon, 54, the coffee-seller, offered Iriarte a cup of coffee, as she had when he did his homework seated next to her little cart. "You deserve it after so many sacrifices," she said.

After graduating in December, job offers piled in from a host of law firms, but Iriarte is worried that legal companies may not offer the same long-term security as Cliba, the Buenos Aires cleaning company where he still works.

And anyway, Iriarte explained, material wealth does not interest him, except as a means to improve himself. "Before, I was mute. Studying gives you freedom to think," he said.

Returning to the imposing university from which he graduated several months ago, he sprinted up the stairs and pointed to a wall where he saw his name inscribed for the first time.

"You were in the newspapers, I saw you on TV. You're famous!," exclaimed his bearded, blue-jeaned law professor, Adrian Carta.

"He never needed our help," said his classmate Elizabeth Villanueva, 39. "To the contrary, we needed his."

Iriarte's boss back at Cliba, Miguel Noell, said he hoped the street sweeper would take advantage of the opportunity to have a legal career.

"All of a sudden a whole new panorama opens up and it is scary. But we don't want to see him over here any more," Noell said.

Education may Protect Against Dementia

Researchers have found that education not only delays the early symptoms of dementia, but can also slow down the development of the disease.
Advertisement