Amy Winehouse is a Victim of an Undiagnosed Mental Illness 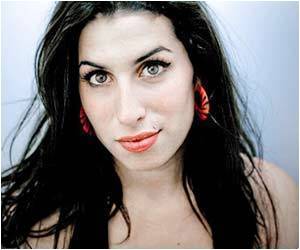 It appears from the account of a relative of Amy Winehouse that the celebrity is a victim of an undiagnosed mental illness.

The late soul singer could have been struck down by the little-known Borderline Personality Disorder.

Sufferers have feelings of anger, emptiness, shame and guilt and become emotionally volatile.


It can also push them into substance abuse and eating disorders, both of which Winehouse succumbed to.

"It was never diagnosed, because unfortunately she would never agree to a proper diagnosis," the Daily Star quoted the relative as saying.

"I'm not an expert, but from what I've read on Borderline Personality Disorder it kind of fitted with her," the relative added.

Amy Winehouse's Home Set to be HQ of Rehab Foundation

Amy Winehouse's home is set to be converted into the headquarters for the rehabilitation foundation that is being set up in her memory.
Advertisement
<< Proven Strategies to Prevent Childhood Obesity
Breakfast in a Jiffy for Most People >>

The troubled singing sensation, Amy Winehouse, was found dead at her north London home on Saturday.

Blood Pressure Calculator The Essence of Yoga Find a Hospital Sinopril (2mg) (Lacidipine) Accident and Trauma Care Indian Medical Journals Noscaphene (Noscapine) Turmeric Powder - Health Benefits, Uses & Side Effects Sanatogen Diaphragmatic Hernia
This site uses cookies to deliver our services. By using our site, you acknowledge that you have read and understand our Cookie Policy, Privacy Policy, and our Terms of Use