Among America's Most Trusted People is Oprah Winfrey 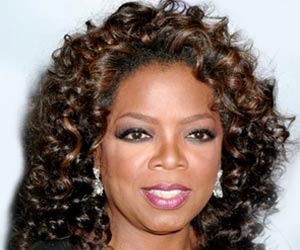 A poll has found that Oprah Winfrey has been named as one of the most trusted people in America.

According to a new Esquire-NBC News survey which polled the so-called "American Center", NBC host Tamron Hall announced the news on 'Today' show saying that when people were asked who they trust the most, President Obama and Winfrey topped the list, the Huffington Post reported.

The survey tries to define the "New American Center," a political class which a large percentage of Americans fall into today.

Battling the Bulge is Oprah Winfrey's Top New Year's Challenge
Not enough time to really relax and too much work and abusing food is the cause of my 200pound ......