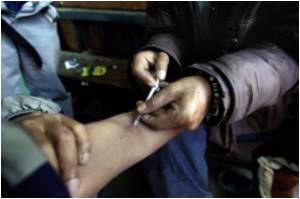 Food shortages have persisted since the 1990s famine and some North Koreans survive partly on grass, tree roots and bark, the international rights group said in a report. 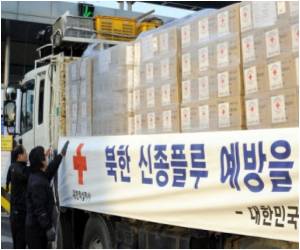 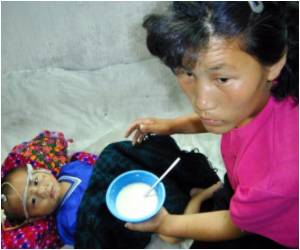 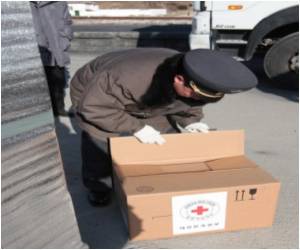 The communist state says health care is free for all, but Amnesty said many witnesses told it they have had to pay for all services since the 1990s.


Doctors were usually paid in cigarettes, alcohol or food for consultations and took cash for tests or surgery.

"If you don't have money, you die," the report quoted a 20-year-old woman refugee as saying.
Advertisement
The report, citing World Health Organization (WHO) figures, said the North spent less on health care than any other country -- under one dollar per person per year in total.

It urged the North to take effective steps to tackle food shortages, including accepting international assistance and ensuring the transparent delivery of food aid.

Amnesty called on the international community to support the UN's "grossly underfunded" World Food Programme and other aid groups, and to ensure provision of aid is based on need and not political considerations.

"It is crucial that aid to North Korea is not used as a political football by donor countries," said Catherine Baber, Amnesty's deputy Asia-Pacific director, in a statement.

The report paints a Dickensian portrait of barely functioning hospitals bereft of anaesthetics and medicines, with unsterilised needles and bloodstained sheets.

Amnesty said its report was based on interviews with more than 40 North Koreans now living overseas and with health professionals working in the secretive country.

It quoted a 56-year-old woman from the northeastern city of Musan who underwent surgery to remove her appendix in 2001 without anaesthesia.

"I was screaming so much from the pain, I thought I was going to die. They had tied my hands and legs to prevent me from moving," she said.

Baber said the North failed to provide for the most basic health and survival needs of its people, especially those too poor to pay for medical care.

Amnesty reported that many people bypass doctors altogether and go to the markets to buy medicine, which they administer through guesswork or the advice of stallholders.

Quoting WHO figures, the report estimated that five percent of the 24 million people are infected with tuberculosis and a growing number have developed resistance to first-line drugs.

But Amnesty said the government had been reluctant to seek international assistance. In March 2009, as relations became more strained, the North refused to accept any further US food aid.

Amnesty researcher Norma Kang Muico told a press conference to launch the report that the North may be prepared to accept international cooperation on health care.

She said Pyongyang sought help from the WHO and the Red Cross to fight a malaria epidemic a couple of years ago, and noted that the World Food Programme had made progress in monitoring food deliveries.

"This is a forward-backward movement but I would say there still is a slow progression," Muico said.