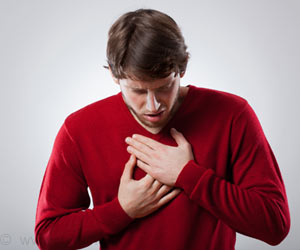 Megastar Amitabh Bachchan has voiced support for a government campaign that works towards a tuberculosis-free India.

"I support Minister of Health for TB free India," Amitabh tweeted on Friday, which was observed as World Tuberculosis Day.

China remains the among the 30 countries with the highest incidence of tuberculosis despite a decline in cases since 2011.
Advertisement
‘J.P. Nadda, Union Minister of Health and Family Welfare launched #India vs TB, TB- Free India campaign featuring Amitabh, ambassador for TB-Free India.’

The 74-year-old thespian, who is a survivor of tuberculosis, added: "Incomplete treatment leads to TB becoming Drug-Resistant."


He even urged his fans and followers not to leave the treatment mid-way.

"TB itni badi bimari nahi jo pakad mein na aa sakey (It is not such a big disease that it cannot be diagnosed and cured). Join India vs TB. Pledge support for TB free India," he said.

The license agreement announced on the World Tuberculosis Day comes in an effort to fight multidrug-resistant tuberculosis with an effective drug called sutezolid.
Advertisement
<< As Little as 10 Minutes of Vigorous Exercise Will Boost Kid...
Few Skin, Hair Care Tips to Combat Changing Seasons >>