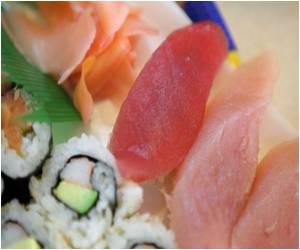 Arginine stimulates a hormone linked to the treatment of type 2 diabetes.

More than 371 million people worldwide suffer from diabetes, of whom 90 percent are affected by lifestyle-related diabetes mellitus type 2 (type 2 diabetes). In new experiments, researchers from the University of Copenhagen working in collaboration with a research group at the University of Cincinnati, USA, have demonstrated that the amino acid arginine improves glucose metabolism significantly in both lean (insulin-sensitive) and obese (insulin-resistant) mice.

Postdoc Christoffer Clemmensen said that the amino acid is just as effective as several well-established drugs for type 2 diabetics.


To test the effect of the amino acid arginine, researchers subjected lean and obese animal models to a so-called glucose tolerance test, which measures the body's ability to remove glucose from the blood over time.
Advertisement
Clemmensen said that the team have demonstrated that both lean and fat laboratory mice benefit considerably from arginine supplements.

He said that they improved glucose metabolism by as much as 40 percent in both groups and can also see that arginine increases the body's production of glucagon-like peptide-1 (GLP-1), an intestinal hormone which plays an important role in regulating appetite and glucose metabolism.

The findings have been published in the scientific journal Endocrinology.

Athletic Men Exhibit No Better Performance With L-arginine
Latest popular supplement for athletes aiming to boost performance comes in the form of a ......