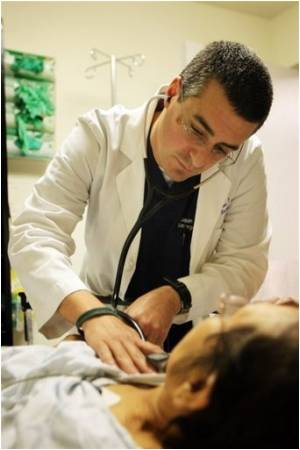 A series of polls show that US President Barack Obama has an edge over Republican rival Mitt Romney on the issue who would best handle Medicare.

Latest revelation by Barack Obama is that he is good at making chili and playing pool.
Advertisement


According to CBS News, the Reuters/Ipsos poll shows that Obama is gaining ground among older Americans who are at least 60 years old (Medicare recipients must be at least 65 years old).

US President Barack Obama is not so happy with the new forms of technology, such as the iPod and the Xbox.
Advertisement
While Romney once had a 20-point advantage among that age group, the Reuters poll now shows Obama trailing by fewer than four points.

"Romney's double-digit advantages among older voters on the issues of healthcare and Medicare - the nation's health insurance program for those over 65 and the disabled - also have evaporated, and Obama has begun to build an advantage in both areas," Reuters reports.

Nearly 52 percent Americans said that Obama would do a better job handling Medicare, compared to 43 percent who said the same for Romney, according to the Politico poll.

A Miami Herald/Tampa Bay Times poll shows that voters in Florida are nearly split over who they trust to keep Medicare financially stable, with 49 percent choosing Obama and 47 percent choosing Romney, the report added.

Can Sleep Only In My Own Bed: Barack Obama

What is Medicare / Medicaid?
News Archive
News Resource
Advertisement
News Category
How to Reduce Needle Anxiety in Children? Tobacco Addiction: Here's How to Break the Habit Parents are 'Winging It' on Their Kids' Mobile Use Ankle and Ankle Movements While Riding an Hoverboard Is It Healthy to Let Your Mind Wander?
More News
Sign up for Wellness Consult a Doctor Sign up for Selfcare

More News on:
What is Medicare / Medicaid?