The American healthcare worker who contracted Ebola while volunteering in Sierra Leone, has improved to serious condition at the National Institutes of Health (NIH).

The patient, who has not been identified, was evacuated from Sierra Leone on March 14 and brought to the NIH's Clinical Center in Bethesda, Maryland just outside Washington for treatment.


"The status of the patient with Ebola virus disease being treated at the NIH Clinical Center has improved from critical to serious condition," the NIH said.


The medical charity Partners in Health said the patient is a clinician who worked in Sierra Leone, which along with Liberia and Guinea is struggling to emerge from the worst Ebola outbreak in history.

The NIH's clinic is equipped with state-of-the-art isolation facilities and is staffed with infectious disease and critical care specialists.

The NIH is the premier US medical research center in the United States.

An American nurse, Nina Pham, was treated at the clinic after she was infected with the Ebola virus at a Texas hospital by a Liberian, Thomas Eric Duncan, who had initially been misdiagnosed.

Pham was declared free of the Ebola virus on October 24, but Duncan died.

More than 10,000 people have died of the virus since the outbreak was identified in early 2014. 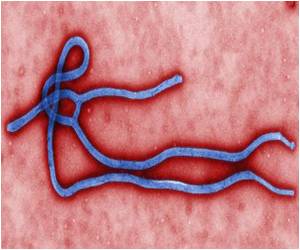 New Experimental Ebola Vaccine Found Safe in Phase One Trial
A new Ebola vaccine, developed by the Beijing Institute of Biotechnology and the Tianjin CanSino Biotechnology, has been found to be safe in the first phase one trial.
READ MORE

Liberia Reports First Ebola Infection After a Month
After suffering over 4,000 deaths due to the deadly virus, Liberia was supposed to be declared Ebola-free by mid-April. A new case is a major setback.
READ MORE

Sierra Leone to Lock Down 2.5 Million People to Stem Ebola Epidemic
The outbreak has claimed more than 3,500 lives in the poverty-stricken west African nation, one of three countries that have been the worst hit by this crisis.
READ MORE