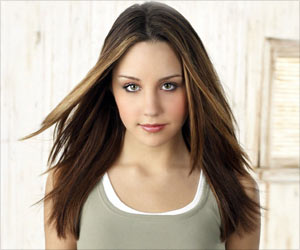 Amanda Bynes, who has been diagnosed with schizophrenia and bipolarity, is reportedly well now and is acting "normal".

According to the sources, the 28-year-old actress is off all her meds, including Adderall, which caused her to get a DUI, TMZ.com reported.

Sources continued that the American actress is completely lucid and stabilized and her parents have given her limited access again to bank accounts.


The sources spilled the beans that the actress now spends her time reading, doing yoga, meditation and pilates.

Doctors have told Bynes' family that people with such mental illnesses sometimes rebound and they can be fine for months, only to relapse again.

A novel drug target that could lead to the development of better antipsyhcotic medications has been identified by scientists at the Centre for Addiction and Mental Health.
Advertisement

Scientists have identified that neurons from patients with schizophrenia secrete higher amounts of three neurotransmitters broadly implicated in a range of psychiatric disorders.
Advertisement

Antipsychotics are the class of drugs which help in treating mental disorders like schizophrenia, bipolar ...