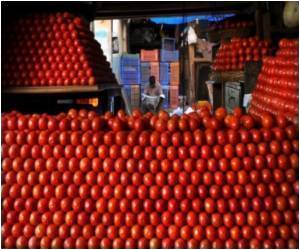 Researchers have identified risk factors for Alzheimer's disease and are developing treatments that might delay or prevent onset of the disease.

According to Guest editor Jack C. de la Torre, MD, PhD, from the Center for Alzheimer's Research, Banner Sun Health Research Institute, Sun City, Arizona, USA, pre-clinical AD become responsive to early detection of risk factors and targeted treatments aimed at reducing the severity and progress of the discovered pathology. And since there are no effective treatment options-prevention becomes the alternate and essential primary weapon to combat the disease.


The approach would be a boon to millions of people who face a range of maladies associated with aging and cognitive decline-including multiple risk factors that can culminate in dementia.

Schizophrenia is a mental disorder characterized by symptoms of thought, behavior and social problems.
Advertisement
The authors have chalked out an AD preventive plan, which includes - early identification of AD risk factors, early intervention based on evidence-based medical decisions and patient follow ups.

"Moving AD from inevitable to avoidable is what we are all hoping for as we understand the disease," commented George Perry, PhD and and Mark A. Smith, PhD, Editors-in-Chief of the Journal of Alzheimer's Disease.

Dyslexia is a reading disability that occurs when the brain does not properly recognize and process certain symbols.
Advertisement
Advertisement