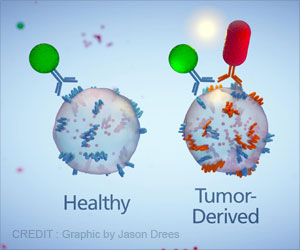 The pancreas secretes enzymes that aid digestion and hormones that help regulate the metabolism of sugars. This type of cancer is often detected late, spreads rapidly and has a poor prognosis. Researchers have found that alterations in four main genes are responsible for how long patients survive with pancreatic cancer.

"The research helps us to understand how the molecular features of pancreatic cancer impact prognosis on an individual level and gives us more facts to guide patients, and importantly, to design future research studies," said study co-author Aram Hezel, Medical Oncology at University of Rochester.

Advertisement
‘Pancreatic cancer patients who had three or four of the altered genes had worse disease-free survival and overall survival (from surgery to death), compared to patients with a single or two altered genes.’

For the study, published in the Journal JAMA Oncology, involved 356 patients who all had pancreatic adenocarcinoma that could be surgically removed.


Adenocarcinoma is by far the most common type of pancreas tumour.

Ninety of the patients were treated at the University of Rochester Medical Centre's Wilmot Cancer Institute; the others at Dana Farber/Brigham and Women's Cancer Centre in Boston and Stanford Cancer Institute.
Advertisement
In all cases after the tumours were removed, scientists extracted DNA from the cancerous tissue and nearby normal tissue and conducted next-generation DNA sequencing on the specimens.

The analysis centred on the activity of the KRAS, CDKN2A, SMAD4, and TP53 genes.

Results showed that patients who had three or four of the altered genes had worse disease-free survival (the time between surgery and when the cancer returns), and overall survival (from surgery to death), compared to patients with a single or two altered genes.

Pancreatic cancer is aggressive and generally has poor survival odds.

"Patients who can undergo surgery as part of treatment often survive longer and some patients fare best when they can receive chemotherapy prior to surgery. But having customised, molecular information will provide an even greater understanding of how the disease is likely to progress in each patient," Hezel noted.

Source: IANS
Advertisement
<< Exposure to Biologics may Not be a Risk Factor for Infection...
Proton Pump Inhibitors Linked to Chronic Kidney Disease >>

Pancreatic Cancer Survival Depends on Four Genes
Adenocarcinoma is the most common type of pancreas tumor and the chances of a patient's survival ......