Already Tech-savvy Are 3 and 4-year-old Kids 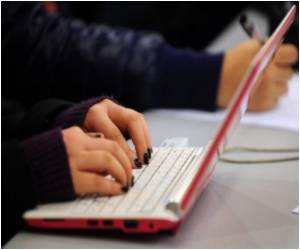 A study has revealed that toddlers today are more likely to be playing with an iPad, and are becoming adept at using the internet long before they start school.

According to a report by media watchdog Ofcom, nearly half of three and four-year-olds are now technologically-savvy, the Daily Mail reported.

One in ten are already using an iPad to visit websites, watch films and television programmes and play games.


The report marks the first time the regulator has looked at the habits of the pre-school age group - and the findings prompted experts to warn parents not to use computers and tablets as "virtual babysitters."

Australian young adults are increasingly getting nostalgic and pining for simpler times, as they have got sick of the internet and partying.
Advertisement
The study also found that under-13s, many of whom are too young to legitimately register for social networks without parental consent, are befriending strangers on these websites.

Cyber-bullying also emerged as a persistent problem, with more girls than boys being targeted.

As part of the study, researchers interviewed 200 families with children aged three and four.

They found that 37 percent of these children used the internet via a PC or laptop - and 3 percent even surfed the web using a mobile phone.

The youngsters also watched around 15.5 hours of television a week and spent 6.2 hours a week playing games online.

"Children are not just using more media, they are also adopting some forms at a very young age," Claudio Pollack of Ofcom said.

"This highlights the challenge that some parents face in keeping up with their children when it comes to technology and in understanding what they can do to protect children," Pollack said.

Child psychologist Dr Linda Papadopoulos urged parents to supervise children when they are using the web and to allow internet use only "in moderation."

"Children need balance. Using games and websites online can stimulate younger children. There are some wonderful learning tools out there," she said.

"But it comes down to supervising what they are doing. We know it is bad to dump children in front of the TV. It is going to be the same with computers and tablets.

"Parents shouldn't use the internet as a virtual babysitter. Parents must make sure they are aware of what their children are looking at," she added.

A third of people in the European Union say they have never used the internet, according to an EU report, which examined the region's digital landscape over the last five years.
Advertisement
<< While Antarctic Grows Arctic Sea Ice Shrinks
Astronauts Experience Low Blood Pressure After Returning to... >>

Senior Citizens Get Tech Savvy
News Archive
News Resource
Advertisement
News Category
How to Reduce Needle Anxiety in Children? Tobacco Addiction: Here's How to Break the Habit Parents are 'Winging It' on Their Kids' Mobile Use Ankle and Ankle Movements While Riding an Hoverboard Is It Healthy to Let Your Mind Wander?
More News
Sign up for Wellness Consult a Doctor Sign up for Selfcare