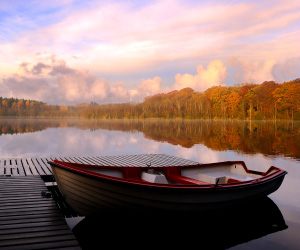 With temperatures rising faster in the Alps than the rest of the world, alpine countries are working together to adapt to climate change and hope to set an example.

A recent Austrian climate change report found that the country's temperatures had risen twice as fast as the global average since 1880, with the number of sunshine hours in the Alps increasing by 20 percent.

While this may please holidaymakers or locals enjoying longer summers, it is also likely to cause more landslides and forest fires, affecting the agricultural sector and local economy, the Austrian Assessment Report found.


"Just imagine, you have a relatively narrow valley and in that small space, you have a street, a railway line, maybe power lines and some houses. If a landslide hits there, there will be serious damage," Georg Rebernig, managing director of the Austrian Environment Agency, told AFP.
Advertisement
"Preventing this is what we're trying to do when we talk about a strategy for the Alps," he said ahead of UN climate talks in Lima on December 1-12 meant to pave the way towards a global climate pact next year.

It is only one of several European initiatives promoting the sharing of information and experiences in the Alps, a mountainous region of around 200,000 square kilometres (80,000 square miles) with a population of 14 million.

"The effects of climate change can be seen and felt... we have to look ahead, take action," said Karine Siegwart, vice director of the Swiss federal office for the environment, also part of C3-Alps.

A UN report earlier this month warned that Earth was on a likely trajectory for at least 4 C warming over pre-industrial times by 2100 -- a recipe for worsening drought, flood, rising seas and species extinctions.

Alpine countries are already shifting their focus to adaptation solutions, acknowledging that climate change will not be stopped or turned around anytime soon.

"We have to take climate change very seriously. But we also need local support and to sensitize communities and the population, because the effects of climate change will be felt at a local level," said Siegwart.

Low-lying resorts have long invested in snow cannon to ensure white slopes during the ski season but some have radically changed their marketing strategies -- like Switzerland's Stockhorn ski region, which dismantled its ski lifts to refocus on winter hiking and snowshoeing.

Rather than building flood defences, authorities in northern Austria relocated some 250 households which sat close to the Danube and were badly hit by flood waters in 2002. The move cost more than 90 million euros ($110 million).

"Danger zone plans" are regularly drawn up to identify no-build areas at risk of floods, landslides or erosion, while the mountainous Tirol region has invested some 125 million euros to build avalanche defences over 17.5 kilometres (11 miles) of roads, so they can remain open all year round.

Meanwhile, farmers in Germany are being encouraged to grow crops that are more resistant to heat and dry spells.

Glaciers, the most common symbol of climate change in the mountains, have shrunk by 15 percent in Austria over the last 15-20 years, according to Andrea Fischer, a glacier expert at the Interdisciplinary Mountain Research Institute in Innsbruck.

Snow levels and flora are moving up mountains and river water is dwindling as glaciers retreat.

But regions and local communities can cope with the changes, Fischer told AFP.

"Mankind is used to always adapting and dealing with difficulties. The idea of a stationary environment is pleasant... but it's not life. Life is about permanent adaptation," she said.

Alpine countries are still drafting strategies to deal with climate change but they can already be a model for others, Rebernig said.

"If you look at other mountain regions, they're often not strong economic regions. The Alps are different," he said.

If local authorities can work together and gather the necessary research early on, "then other regions who didn't have these means will be able to learn from this".

Lung Cancer can be Identified by Breath Temperature Test
A new study says that the temperature of exhaled breath could be used to diagnose lung cancer....

Increasing Temperatures Hinder Indian Wheat Production
At the University of Southampton, geographers have found a link between increasing average ......

Temperatures Set to Rise in India Before the Monsoon
As the temperatures are predicted to rise before the onset of monsoon, people in Uttar Pradesh and ....

Gender of Offspring Influenced by Temperature
A study says that weather influences the gender of the offspring in insects....