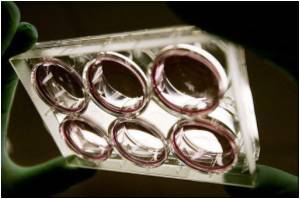 Eminent social scientists and biotechnologists have asked the Indian government to do away with unnecessary constraints on conducting research in agri-biotech crops.

The government should take urgent measures to remove unjustified and arbitrary constraints jeopardizing the functioning and development of the Indian agri-biotech research and development (R&D), the experts said at a conference here.

Lauding Prime Minister Manmohan Singh for vindicating their belief in the efficacy of genetic engineering in increasing food production by his recent statement on Bt brinjal, Biotechnology Awareness & Education Foundation secretary C. Kameshwara Rao said many developed and developing countries were using agri-biotech to address their food needs and challenges of hunger and malnutrition.


"We should capitalise on the bio-tech opportunities to ensure adequate food for our teeming millions. Apprehensions on bio-safety are baseless and lack scientific rigours," Rao said at a day-long conference on 'Biotech Crops for Food Security in India', organised by the foundation in partnership with the Association of Biotech-led Enterprises (ABLE).
Advertisement
Citing global references, Rao said all progressive countries were using agribiotech. On the contrary, India has approved only six events of Bt Cotton as against 37 events in China in crops such as canola, cotton, maize, papaya, petunia, poplar, rice, soybean, sweet pepper and tomato.

Participating in the Indian Agriculture Research Institute (IARI) golden jubilee celebrations February 20 in New Delhi, the prime minister favoured greater injection of science and a knowledge-based approach to increasing incomes and productivity in the farm economy.

"It is estimated that we would need an additional 50 million tonnes of foodgrains in the next 10 years to meet domestic demand. Increased food production is an important plank of food security and our efforts to rid of the scourge of malnutrition," he said.

Cornell University social scientist Ronald Herring, who did pioneering work on agriculture in south Asia, said it was surprising that the success of small numbers with compelling ideas were defeated by more numerous or powerful opponents.

"A perennial puzzle in the study of social movements is the success of relatively small numbers with compelling ideas defeating more numerous or powerful opponents," Herring noted.

Allaying fears on safety of biotech crops, University of Bern's former director Klaus Ammann said a number of scientific papers demonstrated the environmental safety of genetically modified crops, which are as safe as conventional crops.

"The primary need of bio-safety evaluations is to identify the various components of its protocols, on a case to case basis," National Institute of Nutrition director B. Sesikeran said.

Biotech Company is Developing New Cancer Therapeutics Based on Next Generation Oncolytic Viruses
The researchers of the University of Helsinki, and Oncos Therapeutics, the biotech company have ......

Despite New Biotech Firms In Developing Countries, Drugs may Still Not Reach the Poor
Though a new wave of biotech firms in developing countries has sprung up to meet the global demand ...

Report Says US Trying to Stop China,India from Making Inroads Through Cheaper Biotech Drugs
Media reports indicate that the Obama administration is reportedly trying to stop an effort by ......