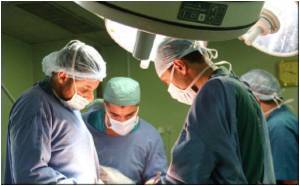 Allow organ transplant from the HIV-infected too, US experts are saying. If only such persons are allowed to bequest their organs, every year roughly 500 HIV-positive patients suffering kidney or liver failure could get transplants within months.

At the moment they have to wait for years for a transplant. The situation could change if the current Congressional ban on such donations is lifted, a Johns Hopkins research suggests.

"We could then potentially provide organ transplants to every single HIV-infected transplant candidate on the waiting list," says Dorry L. Segev, M.D., Ph.D., an associate professor of surgery at the Johns Hopkins University School of Medicine and the study's senior author. "Instead of discarding the otherwise healthy organs of HIV-infected people when they die, those organs could be available for HIV-positive candidates."


Not only would HIV-positive transplant candidates get organs sooner if such transplants were legalized, Segev says, but by transplanting those patients and moving them off the waiting list, the time to transplant would be shorter for non-HIV-infected patients.
Advertisement
The ban on organ donation by HIV-positive patients is a relic of the 1980s, when it was still unclear what caused AIDS, at the time a devastating new epidemic sweeping the United States. Congress put the ban into the National Organ Transplant Act of 1984 and it has never been updated, despite the fact that HIV is no longer an immediate death sentence but a chronic disease managed with medication.

The number of HIV-positive patients receiving kidney or liver transplants  with non-HIV-infected organs  is on the rise as doctors become more comfortable with the idea, and patients are having good outcomes, Segev says. In 2009, more than 100 HIV-positive patients got new kidneys and 29 got new livers. HIV-infected patients may encounter accelerated rates of liver and kidney disease due in part to the toxic effects of antiretroviral therapy, the medications that keep HIV at bay.

Segev and his colleagues set out in their study, published early online in the American Journal of Transplantation, to estimate the number of people who die each year in the United States who are good potential organ donors except for that they are HIV-positive. They culled data from two main sources  the Nationwide Inpatient Study, which has information on in-hospital deaths of HIV-infected patients, and the HIV Research Network, a nationally representative registry of people with HIV. The team determined that the number of annual deaths with what are believed to be organs suitable for transplantation was approximately the same as estimated by each data source  an average of 534 each year between 2005 and 2008 in the Nationwide Inpatient Study and an average of 494 each year between 2000 and 2008 in the HIV Research Network.