All Possible Risks to Patients Not Disclosed By Doctors Before Treatment 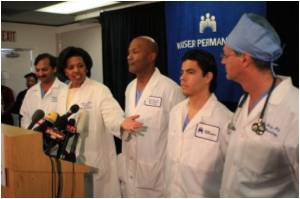 Most informed consent disputes involve disagreements about who said what and when. It doesn't involve stand-offs over whether a particular risk ought to have been disclosed. According to international experts writing in this week's PLOS Medicine, doctors may "routinely underestimate the importance of a small set of risks that vex patients"

Increasingly, doctors are expected to advise and empower patients to make rational choices by sharing information that may affect treatment decisions, including risks of adverse outcomes. However, authors from Australia and the US led by David Studdert from the University of Melbourne argue that doctors, especially surgeons, are often unsure which clinical risks they should disclose and discuss with patients before treatment.

To understand more about the clinical circumstances in which disputes arise between doctors and patients in this area, the authors analyzed 481 malpractice claims and patient complaints from Australia involving allegations of deficiencies in the process of obtaining informed consent.


The authors found that 45 (9%) of the cases studied were disputed duty casesthat is, they involved head-to-head disagreements over whether a particular risk ought to have been disclosed before treatment. Two-thirds of these disputed duty cases involved surgical procedures, and the majority (38/45) of them related to five specific outcomes that had quality of life implications for patients, including chronic pain and the need for re-operation.
Advertisement
The authors found that the most common justifications doctors gave for not telling patients about particular risks before treatment were that they considered such risks too rare to warrant discussion or the specific risk was covered by a more general risk that was discussed.

However, nine in ten of the disputes studied centered on factual disagreementsarguments over who said what, and when. The authors say: "Documenting consent discussions in the lead-up to surgical procedures is particularly important, as most informed consent claims and complaints involved factual disagreements over the disclosure of operative risks."

The authors say: "Our findings suggest that doctors may systematically underestimate the premium patients place on understanding certain risks in advance of treatment."

They conclude: "Improved understanding of these situations helps to spotlight gaps between what patients want to hear and what doctors perceive patients wantor should wantto hear. It may also be useful information for doctors eager to avoid medico-legal disputes."