Alexandria may be First Smoke-Free City in Egypt 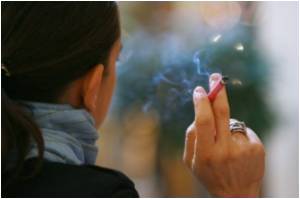 Egypt is hoping to make Alexandria its first smoke-free city. The African nation is also hoping it will set an example and persuade the rest of the country whose anti-smoking law is widely ignored to kick the habit.

The Egyptian Health Minister Hatem al-Gabali and Alexandria's governor Adel Labib on Thursday signed a declaration to this effect, the head of the ministry's anti-smoking department Sahar Latif told AFP.

"The ministry plans within two years to make all public places in Alexandria smoke free," she said, with the smoking ban first being applied in hospitals and public buildings.


There is already a law banning smoking in Egypt, the Arab world's heaviest smoker, but it is frequently flouted -- notably by civil servants and police.

Encyclopedia section of medindia briefs you about the History of Tobacco
Advertisement
The Mediterranean city of Alexandria is Egypt's second largest after the capital Cairo.

The health ministry said the initiative aims "to make Alexandria a pioneer in this respect as the first smoke free city, so that it becomes a model applied in other Egyptian cities," and called it "a historic step in the fight against smoking in Egypt and the whole region."

The ministry did not say how it planned to enforce the law.

Egyptians spend about six percent of their monthly income on tobacco, according to a report published by the World Health Organisation in January in collaboration with Egypt's health ministry and statistics institute.

Nearly 40 percent of Egyptian men smoke, the vast majority of them throughout the day, according to the survey, which also found that at least 70 percent of those questioned said they were subjected to passive smoking at home or in the workplace.