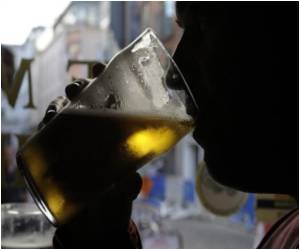 Alcohol abuse has become a big issue with children even younger than 14 years of age in Scotland, according to published statistics.

Alcohol support groups have reported that more and more youngsters at an earlier age need their help now.

120 children under the age of 14 and 309 aged between 15 and 17 years needed hospitalization because of alcohol-related issues last year in the NHS Greater Glasgow and Clyde area.


NHS Tayside reported that 306 under-18 year olds were given emergency care for alcohol abuse last year.

These alarming figures were revealed when The Scottish Mail had asked for them under the Freedom of Information Act.

Two new studies have helped explain why teens exposed to foetal alcohol are at high risk for heavy drinking and perpetuating a family cycle of alcohol addiction.
Advertisement
Children's services manager at the Tayside Council on Alcohol (TCA) based in Dundee, Kathryn Baker speaking of a woman who had started to drink at the age of eight, said, ""I have been working in this area for 12 to 13 years and in the past I would tend to see people from the age of 15 to 16. Now, our experience is we are definitely seeing drinking at an earlier age."

Selfie Addiction Calculator Sanatogen Post-Nasal Drip Pregnancy Confirmation Calculator Sinopril (2mg) (Lacidipine) Daily Calorie Requirements How to Reduce School Bag Weight - Simple Tips Calculate Ideal Weight for Infants Blood Donation - Recipients The Essence of Yoga
This site uses cookies to deliver our services. By using our site, you acknowledge that you have read and understand our Cookie Policy, Privacy Policy, and our Terms of Use