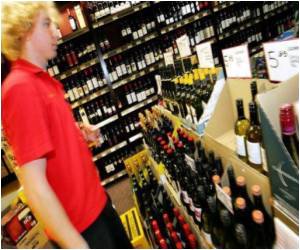 At McGill University, research suggests that people who are vulnerable to developing alcoholism exhibit a distinctive brain response when drinking alcohol.

This is according to a new study by Prof. Marco Leyton, of McGill University's Department of Psychiatry. Compared to people at low risk for alcohol-use problems, those at high risk showed a greater dopamine response in a brain pathway that increases desire for rewards. These findings, published in the journal Alcoholism: Clinical & Experimental Research, could help shed light on why some people are more at risk of suffering from alcoholism and could mark an important step toward the development of treatment options.

"There is accumulating evidence that there are multiple pathways to alcoholism, each associated with a distinct set of personality traits and neurobiological features", said Prof. Leyton, a researcher in the Mental Illness and Addiction axis at the Research Institute of the McGill University Health Centre (RI-MUHC). "These individual differences likely influence a wide range of behaviors, both positive and problematic. Our study suggests that a tendency to experience a large dopamine response when drinking alcohol might contribute to one (or more) of these pathways."


For the study, researchers recruited 26 healthy social drinkers (18 men, 8 women), 18 to 30 years of age, from the Montreal area. The higher-risk subjects were then identified based on personality traits and having a lower intoxication response to alcohol (they did not feel as drunk despite having drunk the same amount). Finally, each participant underwent two positron emission tomography (PET) brain scan exams after drinking either juice or alcohol (about 3 drinks in 15 minutes).

"We found that people vulnerable to developing alcoholism experienced an unusually large brain dopamine response when they took a drink," said Leyton. "This large response might energize reward-seeking behaviors and counteract the sedative effects of alcohol. Conversely, people who experience minimal dopamine release when they drink might find the sedative effects of alcohol especially pronounced."

"Although preliminary, the results are compelling," said Dr. Leyton. "A much larger body of research has identified a role for dopamine in reward-seeking behaviors in general. For example, in both laboratory animals and people, increased dopamine transmission seems to enhance the attractiveness of reward-related stimuli. This effect likely contributes to why having one drink increases the probability of getting a second one - the alcohol-induced dopamine response makes the second drink look all the more desirable. If some people are experiencing unusually large dopamine responses to alcohol, this might put them at risk."

"People with loved ones struggling with alcoholism often want to know two things: How did they develop this problem? And what can be done to help? Our study helps us answer the first question by furthering our understanding of the causes of addictions. This is an important step toward developing treatments and preventing the disorder in others."

This study was funded by McGill University and the Canadian Institutes of Health Research (CIHR).

New Term to Denote Binge Drinking in France
French drinkers have a new French term to refer to consuming huge amounts of alcohol in a short time.
READ MORE

Girls from a Lineage With Breast Disease Must Evade Alcohol
Adolescent girls born into a family history of breast disease, cancer or the benign lesions (could become cancer), face higher risk of developing benign breast disease as young women than other girls.
READ MORE