Alcoholic Punch in Ginger Beer Gets Makers in Trouble

A Scottish brand has attracted controversy after adding some punch to the classic ginger beer.

Crabbie's Alcoholic Ginger Beer, which contains four percent alcohol, has been launched as an adult version of ginger beer.


One of Scotland's leading alcohol experts has claimed that the move is "highly irresponsible", and believes that it, and other alcopops, are little more than a "launch pad" for young drinkers.


However, the makers of the drink claim that they are targeting their version of the traditional thirst quencher solely at over 25-year-olds.

The firm, part of the larger Halewood drinks group, has said that they are mainly courting a younger, trendier audience by launching Alcoholic Ginger Beer.

The brand will officially be launched next month with a major marketing blitz and UK-wide promotional roadshow.

But Dr. Evelyn Gillan, of Scottish Health Action on Alcohol Problems (SHAAP), says that the drink could have a particular appeal to teenage drinkers.

"Halewood, which now owns Crabbie's, are the producers of Lambrini which is specifically marketed at young women," the Scotsman quoted her as saying.

"The big global alcohol producers specifically design these 'alcopops' to attract what they describe in their own marketing documents as 'entry level drinkers'.

"Ginger beer is a flavour that many young people are familiar with. The companies go with flavours that are well known and add alcohol to them as a way of attracting younger drinkers," she added.

The medic claimed alcopops were designed as "launching pads" for young tipplers.

However, a spokeswoman for Halewood has insisted that it was aiming at an older market, and was serious about promoting responsible drinking.

"Crabbie's Alcoholic Ginger Beer is clearly targeted towards grown-ups only, and we ensure that our marketing communications are directed at people over the age of 25, who are our core target market," said the spokeswoman.

She added: "As they tour the country our roadshow team enforce a strict 25 and over sampling policy."

The firm has stressed that its product carried a message urging people to "be drink aware and know their limits," and said that access to its website was age restricted.

An Alarming Abuse Of Vodka Making Its Round Among Australian Girls!
It is reported that Australian teenage girls are skolling straight vodka in a new form of the spin-the-bottle game to get drunk quickly.
READ MORE 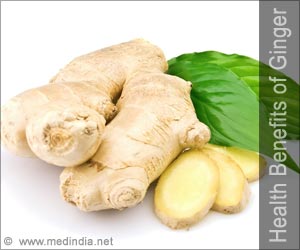