Alcohol in Teens Linked to Higher Internet Use 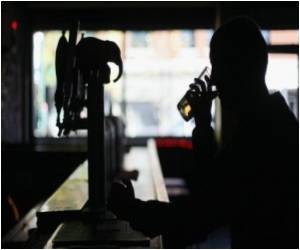 In a survey it was found that teenagers who consume alcohol spend more time on their computers for recreational use, including browsing social networking sites and listening to music.

The study, conducted by researchers at Weill Cornell Medical College, was based on a survey of 264 teenagers, aged 13 to 17.

Results showed that teens who reported drinking in the last month used a computer more hours per week excluding school work than those who did not; however, there was no demonstrated link between alcohol use and computer use for school work.


Drinking was also linked to more frequent social networking and listening to and downloading music. There was no strong link between video games and drinking or online shopping and drinking.

Alcohol consumption for recreation and relaxation has become a universal culture. But do you think you know enough about this drink - Take this quiz and find out.
Advertisement
"While the specific factors linking teenage drinking and computer use are not yet established, it seems likely that adolescents are experimenting with drinking and activities on the Internet," said Epstein, assistant professor of public health at Weill Cornell Medical College.

"In turn, exposure to online material such as alcohol advertising or alcohol-using peers on social networking sites could reinforce teens' drinking.

"Children are being exposed to computers and the Internet at younger ages. For this reason it's important that parents are actively involved in monitoring their children's computer usage, as well as alcohol use," he added.

The study was reported in the online edition of the journal Addictive Behaviors.

The Essence of Yoga Drug - Food Interactions Accident and Trauma Care Turmeric Powder - Health Benefits, Uses & Side Effects Blood Donation - Recipients Find a Hospital Daily Calorie Requirements Calculate Ideal Weight for Infants Drug Interaction Checker Blood Pressure Calculator
This site uses cookies to deliver our services. By using our site, you acknowledge that you have read and understand our Cookie Policy, Privacy Policy, and our Terms of Use