Three United Nations agencies on Tuesday launched an appeal for 32 million dollars (23.5 million euros) to help combat "alarming levels" of malnutrition amongst Somali and Sudanese refugees based in camps in Kenya. 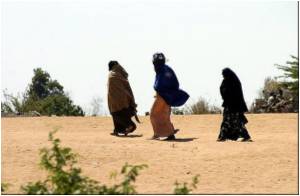 The UN High Commissioner for Refugees (UNHCR), the World Food Programme (WFP) and UN Children's Fund (UNICEF) said that as of mid-2006, the acute malnutrition rate stood at 22.2 percent in Kenya's Dadaab complex of three camps and 15.9 percent in the Kakuma camp -- both well above the emergency threshold of 15 percent.

The camps are home to 237,000 refugees from the conflicts in neighbouring Somalia and Sudan, the agencies said.

There are no more recent figures, as the area was hit by serious flooding late last year, causing massive destruction of infrastructure and displacing hundreds of families within the camps, they added.

They blamed reduced donor funding to the UNHCR for the worrying rates of malnutrition, saying this impeded food deliveries and assistance.

"If we had received the funds in time, we certainly would not have reached this high level of malnutrition and donors would actually have saved money," WFP spokeswoman Christiane Berthiaume told journalists in Geneva.

The UNHCR added in a statement that "a complete package of assistance is needed to overcome chronic shortages in essential commodities such as firewood, energy saving stoves and soap."

Otherwise, refugees were being forced to sell their food to meet the need for these items, it warned.

The Kenyan government does not allow refugees to find employment outside the camps, to cultivate land or graze livestock, leaving the refugee population almost entirely dependent on humanitarian aid, according to the agency.

The United Nations World Food Programme (WFP) today announced plans to assist the Government of Timor-Leste in meeting the food needs of people living in communities affected by an ongoing drought.

Kwashiorkor is caused by severe protein malnutrition and is characterized by collection of fluid (edema) in the legs and belly. Kwashiorkor can be prevented by consuming a nutritious diet.

Malnutrition refers to imbalances in a persons intake of energy or nutrients and can occur due to an excess consumption of nutrients or a lack of nutrients.