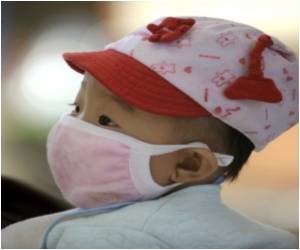 According to study authors, this could affect the child's risk of developing diseases later in life.

Calcium and vitamin supplements are taken to provide the body with the ''required'' nutrients. Calcium is a mineral found in many foods. Vitamins are very important nutrients for the body.
Advertisement

Recent data has demonstrated that maternal vitamin D deficiency during pregnancy may have an influence on the development of asthma and allergic diseases in offspring.


A number of factors may influence vitamin D supply in women. Exposure to high levels of air pollution has been suggested as a contributor to vitamin D deficiency in adults and children.

"Our findings show for the first time, that exposure to ambient air pollution comparable to current World Health Organization standards might contribute to vitamin D deficiency in newborns," Baiz said.

Maternal exposure to urban levels of nitrogen dioxide and particulate matter less than 10 micro meters during the whole pregnancy was a strong predictor of low vitamin D status in newborns.

The association between gestational exposure to air pollutants and vitamin D deficiency in newborns was strongest for third-trimester exposures.

The study has been accepted for publication by the Journal of Clinical Endocrinology and Metabolism (JCEM).

Exposure to urban air pollution during gestation lowers vitamin D levels in offspring which could affect the child's risk of developing diseases later in life.
Advertisement
<< Blame Your Genes for Job Stress
The Problem of Impatient Patients and Hospitals >>

Noscaphene (Noscapine) Accident and Trauma Care Hearing Loss Calculator Nutam (400mg) (Piracetam) Indian Medical Journals Drug Interaction Checker Find a Doctor Iron Intake Calculator How to Reduce School Bag Weight - Simple Tips Sanatogen
This site uses cookies to deliver our services. By using our site, you acknowledge that you have read and understand our Cookie Policy, Privacy Policy, and our Terms of Use