One in every 20 cases of pre-eclampsia may be associated with increased levels of the air pollutant ozone during the first three months, finds study.

Pre-eclampsia is characterised by raised blood pressure and the presence of protein in the urine during pregnancy. It can cause serious complications, if left untreated.

The authors base their findings on almost 121,000 singleton births in Greater Stockholm, Sweden, between 1998 and 2006; national data on the prevalence of asthma among the children's mothers; and levels of the air pollutants ozone and vehicle exhaust (nitrogen oxide) in the Stockholm area.


There's a growing body of evidence pointing to a link between air pollution and premature birth, say the authors, while pregnant women with asthma are more likely to have pregnancy complications, including underweight babies and pre-eclampsia.

In all, 4.4% of the pregnancies resulted in a premature birth and the prevalence of pre-eclampsia was 2.7%.

There was no association between exposure to levels of vehicle exhaust and complications of pregnancy, nor were any associations found for any air pollutants and babies that were underweight at birth.

But there did seem to be a link between exposure to ozone levels during the first three months of pregnancy and the risk of premature birth (delivery before 37 weeks) and pre-eclampsia, after adjusting for factors likely to influence the results and seasonal variations in air pollutants, although not spatial variations in exposure.

Each rose by 4% for every 10 ug/m3 rise in ambient ozone during this period, the analysis indicated.

Asthma is an inflammatory condition and ozone may therefore have worsened respiratory symptoms and systemic inflammation, so accounting for the larger increase in the risk of premature birth among the mums with asthma, suggest the authors.

But after taking account of the mother's age, previous births, educational attainment, ethnicity, asthma, season and year of conception, the authors calculated that one in every 20 (5%) cases of pre-eclampsia were linked to ozone levels during early pregnancy. 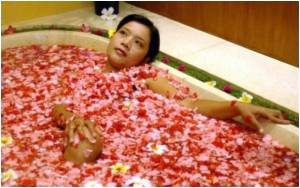