AIDS Virus is Differently Structured in Blood and Semen 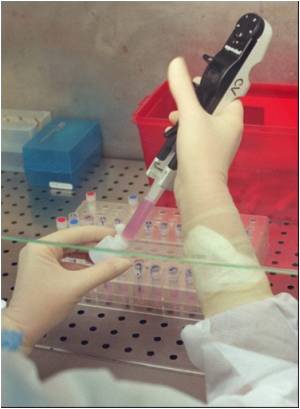 A study led by researchers from the University of North Carolina at Chapel Hill says that HIV-1 virus that causes AIDS may undergo changes in the genital tract that make it different in semen than what it is in the blood.

Much of the transmission of HIV-1 worldwide is through sexual contact, men being the transmitting partner in a majority of cases.


The new findings are significant because the nature of the virus in the male genital tract is of central importance to understanding the transmission process and the selective pressures that may impact the transmitted virus.


Ultimately it is the transmitted virus that must be blocked by a vaccine or microbicide.

"If everything we know about HIV is based on the virus that is in the blood, when in fact the virus in the semen can evolve to be different, it may be that we have an incomplete view of what is going on in the transmission of the virus," said senior study author Dr. Ronald Swanstrom, PhD.

In the study, the researchers compared viral populations in blood and semen samples collected from 16 men with chronic HIV-1 infection.

Using an expensive and labour-intensive laboratory technique called single genome sequencing, they analysed the gene coding for the major surface protein of the virus-called envelope or Env - in the samples.

The differences between the viruses from the two sources were striking.

"The sequence differences between the blood and the semen were like a flashing red light, it was a big hint about the biology of virus in the seminal tract" said Swanstrom.

"When we looked at sequences in the blood, we hardly found any that were the same, it was a very complex and diverse population. But when we looked in the semen, suddenly we were getting the same sequence over and over again," he added.

They found two mechanisms that significantly altered the viral population in the semen, which they called clonal amplification and compartmentalization.

In the first, one to several viruses are rapidly expanded over a short period of time such that the viral population is relatively homogeneous (compared to the complex population in the blood).

In the second, the virus replicates in T cells in the seminal tract over a long period of time, creating a separate population of virus that is both complex and distinct from the virus in the blood.

To begin to answer why these mechanisms are at play, the researchers measured the levels of 19 cytokines and chemokines in the blood and semen samples.

They discovered a significant concentration of these immune system modulators in the semen relative to the blood, which could boost viral replication by creating an environment where target cells are kept in an activated state.

Researchers are now exploring whether evolutionary selection for some special property of the virus is occurring in the seminal tract that does not happen in the blood. Knowing how the virus in the semen is different is an important part of understanding the HIV transmission puzzle.

The results of the study are published in the online journal PLoS Pathogens.