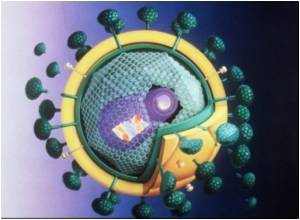 Despite rising HIV rates in the two regions, few Eastern Europe and Central Asian leaders have said they would attend a major AIDS conference next month, organisers said Thursday.

But from Eastern Europe and Central Asia only the health ministers of Georgia, Kazakhstan and Ukraine, as well as Russian members of parliament, had confirmed their attendance, the organisation said.


"We have sent out several invitations but we have not had much success. We hope that more of the officials will come," deputy executive director Mats Ahnlund said.

Encyclopedia section of medindia gives general info about HIV Clinical Features
Advertisement
On those which had so far shown no interest, Ahnlund said, "These countries are not very good with their programmes to fight HIV."

With 1.5 million people infected, Eastern Europe and Central Asia together are the only part of the world where HIV prevalence is clearly on the rise, according to the UN's AIDS agency.

The growth in infections is attributed to the use of injected drugs.

Conference joint president Brigitte Schmied warned meanwhile that a wave of HIV was "imminent" in India and China.

About 25,000 delegates are expected at the Vienna meeting.