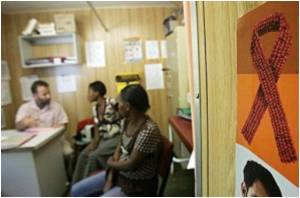 Among people with AIDS, the risk of stomach and esophageal malignancies is higher than among the general population, according to study results presented at the AACR 102nd Annual Meeting 2011.

"People diagnosed with AIDS are living longer due to improved therapies. However, they are at increased risk of developing a number of different cancers, including Kaposi's sarcoma and several lymphomas. The risk of stomach and esophageal cancers in AIDS patients has not previously been fully evaluated," said E. Christina Persson, Ph.D., a postdoctoral fellow at the National Cancer Institute.

Persson and colleagues utilized data from the HIV/AIDS Cancer Match Study, a linkage of 15 U.S. population-based HIV/AIDS and cancer registries with data from 1980 through 2007. The study included 600,000 men and women diagnosed with AIDS, of whom 1,166 developed stomach malignancies and 240 developed esophageal malignancies.


Overall, people with AIDS had a 6.9-fold increased incidence of stomach malignancies compared to the general population. The risk was increased 70 percent for stomach carcinomas, with similar increases for proximal (cardia) and distal (non-cardia) carcinomas. The risk for stomach lymphomas was 36-fold higher.

Oesophageal atresia is blockage in the oesophagus (food pipe). It is often associated with an abnormal connection between the oesophagus and trachea (wind pipe) below the level of blockage.
Advertisement
The overall risk of esophageal malignancies was 2.7 times higher among people with AIDS than in the general population. Risk was increased 54 percent for squamous cell carcinomas, 101 percent for adenocarcinomas, and 261-fold for lymphomas of the esophagus.

Persson said that the increased lymphoma risk among patients with AIDS was expected, but the increased risk for carcinomas is a new finding. Additionally, the size of this study allowed the researchers to look at carcinoma subtypes.

"This study is unique because of its large size, which allowed us to look more closely at the different histologic and anatomic subsites of the tumors," said Persson. "It will be important for us to evaluate trends in risk over time, particularly in the modern HIV treatment era."

Drug Side Effects Calculator Daily Calorie Requirements Calculate Ideal Weight for Infants Find a Hospital A-Z Drug Brands in India Blood Pressure Calculator The Essence of Yoga Selfie Addiction Calculator Loram (2 mg) (Lorazepam) Color Blindness Calculator
This site uses cookies to deliver our services.By using our site, you acknowledge that you have read and understand our Cookie Policy, Privacy Policy, and our Terms of Use  Ok, Got it. Close
×