Despite the global financial crisis leaders in the war on AIDS have pleaded for financial support from donors. They have warned that retreat would imperil hard-won progress to provide drugs and craft a vaccine against HIV.

"The financial crisis is of course affecting, and clearly affecting, the capacity of donors to fund international programs on AIDS," said Michel Kazatchkine, executive director of the Global Fund to Fight AIDS, Tuberculosis and Malaria. 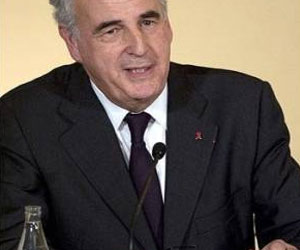 Michel Kazatchkine, executive director of the Global Fund to fight AIDS, attends a press conference in Paris in 2008 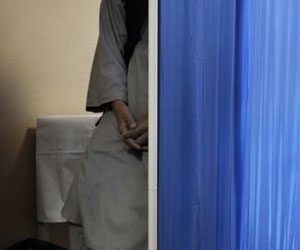 Speaking to journalists at the start of a four-day scientific congress on AIDS vaccines, Kazatchkine said he was worried about donor retrenchment next year, when a three-year round of fund-raising comes to an end.


"2010 will be a key year when it comes to funding global health and funding AIDS prevention, treatment and AIDS science," he said.

"The risk is... that we lose the momentum, that we lose the trust and that we lose the hope that we have generated in an unprecedented movement in global health in the last eight years."
Advertisement
Peter Piot, former chief of the UN agency UNAIDS and now head of the Institute for Global Health in London, said he was "very worried... that attention for the AIDS response in general is fading."

"It's very ironic, (in) that it comes at a time when we have real results -- four million people on anti-retroviral therapy in lower and middle income countries (and) achievement in HIV prevention."

Piot added: "Now is not the time to decrease efforts, because the bill is then going to get higher and higher. It's a matter of 'pay now or pay later.' We know that there is money... The bailout of banks has shown that there is money, there is mega-money when it is needed."

The Paris conference, gathering around 1,000 scientists, comes on the back of the first glimmer of hope in a quarter-century quest for a vaccine against the human immunodeficiency virus (HIV).

On September 24, Thai and US researchers reported that a prototype vaccine tested among 16,000 volunteers reduced the risk of HIV infection by nearly a third.

The data was due to be scrutinised in Paris on Tuesday for the first time in a scientific arena.

Meanwhile, a Swedish researcher on Monday reported that a vaccine tested on a small scale in Tanzania may provide better protection than the Thai formula.

"We hope that our vaccine could increase protection to 50 percent," Britta Wahren, a professor emeritus at Sweden's Karolinska Institute, told AFP.

The Swedish vaccine, called Hivis, was tested on 60 healthy policemen in Tanzania in what is called a Phase II study. The data is to be presented in Paris on Wednesday.

Several experts questioned at the conference on Monday reiterated their view that the apparent protection offered by the Thai vaccine was too low to be considered an effective shield against HIV.

They also declined to comment on the Swedish vaccine until they had seen the results.

"We need to see the data and discuss it and evaluate it," said Alan Bernstein, executive director of the Global HIV Vaccine Enterprise.