AIDS: Are the Wilderness Years Over for Vaccine Research?

Scientists looking for a vaccine against the AIDS virus can be forgiven for wondering at times whether they made the right career decision.

For more than a quarter-century, their quest has been littered with setbacks while colleagues who work on HIV treatment have been showered with success. 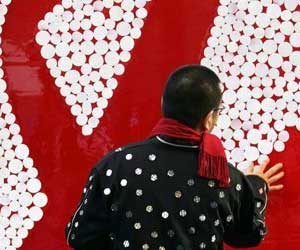 The AIDS vaccine has proved elusive for researchers 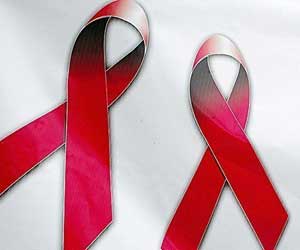 A path has emerged for getting to an AIDS vaccine

Promising avenues have led to dead ends and long, costly trials of prototypes have ended in failure, saddling the vaccine field with a reputation for lucklessness.


But two pieces of good news have suddenly boosted morale.

Even though a vaccine still lies over the horizon, at least a path has now emerged for getting there, say experts interviewed at the AIDS Vaccine 2009 conference, ending in Paris on Thursday.

Statistics tell us that the world HIV+ population has risen drastically from 8 million in 1990 to a whopping 33 million in 2007! Even more alarming is the fact that young people (below the age of 25) account for half of these infections! This is adequate proof for the lack of awareness among the general public even in these modern times. So take our quiz and brush up on the essential facts of HIV/
Advertisement
On September 3, researchers in the United States discovered two potent antibodies -- the frontline troops in the immune system -- that expose what may prove to be a viral Achilles' heel.

On September 24, US and Thai researchers unveiled the results of the biggest vaccine trial ever.

Tested among more than 16,000 Thais, shots of ALVAC and AIDSVAX vaccines offered 31.2-percent protection against the risk of infection by the human immunodeficiency virus (HIV).

This is far too weak to make it a vaccine for public use.

And nagging questions arise: why does the vaccine's effect seem to wane over time? Why does it seem to be less effective among people who are most at risk from HIV infection? And could it work in Africa, epicentre of a pandemic that has claimed 25 million lives and left some 33 million others infected?

Even so, the trial is scientific gold.

It proved at last that the immune system can be taught to recognise and devise a shield, even partially, against a notorious shape-shifting foe.

"We now have a proof of concept. It's the first time we've been able to show that," said Anthony Fauci, director of the US National Institute of Allergy and Infectious Diseases (NIAID).

"ALVAC/AIDSVAX is not in itself the answer. It's a start on the road to a vaccine, whereas, before, we didn't even know where the road was."

"There's a lot of excitement," he said. "You've got the first data about protection. You've also got extremely potent antibodies that are showing new targets and there's a lot more of that coming, that field's exploding right now."

Berkley also noted that the two vaccines in the Thai trial were designed some 15 years ago. Smarter vaccines have since emerged, using different viral parts to prime the immune system and novel methods to deliver them.

Berkley pointed at progress -- among lab monkeys, not humans -- on so-called cell-mediated vaccines, in which immune cells are primed to clear out the AIDS virus after infection.

"What is happening now has sort of revitalised optimism," said Muhammad Bakari of the Muhimbili University College of Health and Allied Sciences in Tanzania.

"If you borrow the example from antiretrovirals, people thought it would take many, many years to get these drugs but the speed was much, much faster than what was thought initially. So I think we should be optimistic."

Bakari's team reported very encouraging results from an early trial, gathering 60 Tanzanian policeman, who were given either a Swedish candidate vaccine called DNA/MVA, or a placebo.

All those who were given the primer and booster showed a very strong immune response, "as high as any" in previous vaccine trials, he said.

At this early stage, the vaccine is tested for safety, not for efficacy, and delivery and dosage may have to be modified, but the results should warrant arguing for a wider trial, he said.

French scientist Francoise Barre-Sinoussi, who co-won the 2008 Nobel Prize for Medicine, cautioned that a vaccine breakthrough still depended on answering fundamental questions about HIV and the pathways of infection.

With vaccines, "you are only looking for a single piece of the jigsaw puzzle. A single piece never gives you the whole picture. It's all the pieces of the puzzle put together that give the answer."

Data from an AIDS vaccine trial in Thailand was presented to scientists on Tuesday for the first time, confirming the prototype as only a partial shield against HIV but still a pioneering achievement.
Advertisement
<< One in Six Japanese Living in Poverty: Survey
Social Costs of Smoking Staggering - $31 Billion a Year, Sa... >>