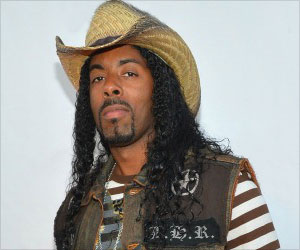 Ahmad Givens - known to fans of VH1's Real Chance of Love as "Real" - has died after a two-year-long battle with colon cancer. He was 33.

"By [sic] to my favorite guy in this whole world be in peace we love you forever bro I'll see you one day soon we shall dance again in God's kindom forever and ever bro words can't describe my pain world pray for me!" Givens' brother Kamal posted on Instagram Saturday morning.

Try A Lottery to Encourage Patients to Screen for Colon Cancer

New research finds that convincing patients to do an often dreaded colon cancer screening test could just take a little extra nudge - like a chance to win $50.
Advertisement

Givens and Kamal had been contestants on VH1's I Love New York in 2007. The next year, the brothers went on to star on their own reality dating show Real Chance of Love for two seasons.


In 2013, Givens was diagnosed with stage 4 colon cancer. Givens said in an interview at the New York Life 2014 National Cultural Markets Conference last year, "That day was very surreal. I felt like I was dreaming. It felt unreal all the way up until I had to do chemo."

A new study suggests that nonsteroidal anti-inflammatory drugs (NSAIDs) protect against the development of colorectal cancer by inducing cell suicide pathways.
Advertisement
He said, "I remember I was laying on the hospital bed and the doctor came in crying and when I saw her crying I knew it was something serious. My doctors thought I had, like, three days to live so they just zapped me with chemo. I left out of there with my veins burning and everything."