After Ramadan Fast, Indonesians 'Eat With a Vengeance', Say Doctors 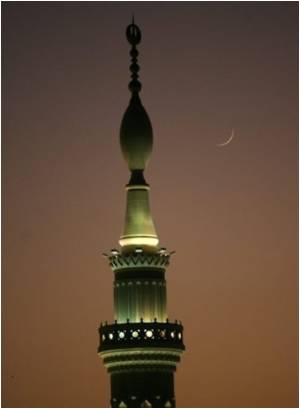 Indonesians go on food binge after Ramadan, doctors brace for an annual spike in complaints of rapid weight gain.

Millions in the world's most populous Muslim nation typically mark the end of the Ramadan fasting month visiting families and relatives, in reunions where traditional foods rich in sugars and fats take centre stage.

While there is no conclusive study linking festive binging with weight gain, doctors say many more patients knock on their doors after non-stop gorging on delicacies such as beef rendang (spicy stew) and chicken opor (coconut curry).


Muslims around the world fast from dawn to dusk during Ramadan to fulfil one of the five pillars of their faith. The body's metabolism slows down to conserve energy during fasting and continues to do so even after the period is over, doctors say.

"We are indeed much more than what we eat, but what we eat can nevertheless help us to be much more than what we are". - Adelle Davis There are thousands out there battling 'the bulge'. With childhood obesity on the rise even children are not spared. If your weight issues are threatening to weigh you down learn more about obesity by taking part in this quiz.
Advertisement
"People tend to eat with a vengeance during Eid," said nutritionist Martalena Purba, head of the Indonesia Dietetic Association.

"After a month depriving themselves of food, they consume all fatty dishes in unusually huge portions to the point that their blood sugar levels go haywire, their cholesterol level rises and they put on weight," she told AFP, adding that she usually has a 40 percent rise in clients after the holidays.

Indonesia is Southeast Asia's largest economy, with a population of 240 million, and with increased affluence it is facing a growing obesity problem, especially in urban areas such as Jakarta.

According to health ministry figures, 21.7 percent of over-18s had a body mass index (BMI) greater than 27 in 2010, making them overweight at least.

The Eid al-Fitr holiday begins Sunday in Indonesia and Jakartans say they look forward to enjoying the hearty spread with their loved ones.

Housewife Ali Hayar, 50, said she planned to buy five kilogrammes (11 pounds) of beef and three kilogrammes of tripe to make rendang for her family and visitors, a shift from the usual tofu and tempe soyabean cakes.

"We usually visit the homes of four to five relatives a day, where we eat rice dumplings, curries, cookies, sugary drinks as we chat and joke with one another," she said.

"By the end of the week, my weight usually goes up two kilogrammes. My clothes feel tighter, especially around the waist. It's hard to resist temptation when the food is all laid out in front of you," she said.

Weight control specialist Grace Judio-Kahl said she sees around 1,200 patients seeking weight-loss treatments after the Eid festivities, some 200 more than in other months, she said.

"If people overeat they are more likely to gain weight," she said. "It's because the body expects to be starved again."

In a country where herbal healing is part of everyday culture, some Indonesians are turning to traditional medicine, supposedly slimming teas and appetite-suppressant pills to keep their weight in check.

Anwar Suhadi, a vendor of acai berry supplements, said he has sold 30 packs of what he claimed to be "natural appetite-suppressant" before the Eid holidays, about 50 percent more than in previous months.

"Sales always go up during Ramadan. Buyers tell me they tend to overeat and become fat during the Eid celebrations, so they hope the pills will give them a helping hand," he added.

But this Eid, many Indonesians are content to throw their waistlines to the wind.

"Eid is not Eid without beef rendang and chicken opor," said 40-year-old teacher Suparmin. "The weight gain is worth it. I will just run and cycle more the following month to burn my fats away."

The BMI calculator helps you assess your weight indicating if it is normal or if you are underweight or overweight, based on your height.
Advertisement
<< Watching Re-runs of Old TV Shows can Increase Your Self Con...
Apple Peel can Help Prevent High Blood Pressure >>