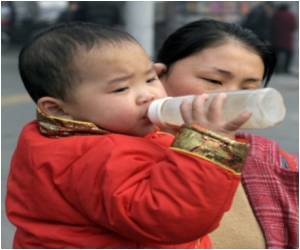 State media has said that China has moved to check sales of a toxic chemical blamed for the deaths of six babies in a 2008 tainted milk scandal, ordering buyers to register their names.

The new rules were announced by the nation's State Council, or cabinet, which also called on dairy manufacturers to keep records of all raw materials purchased, the official China Daily newspaper reported.

Melamine, an industrial chemical normally used to make plastic, was responsible for the six deaths and for sickening 300,000 other babies after it was added to powdered milk to make it appear higher in protein content.


The practice was uncovered in 2008, causing a huge scandal. Since then though, melamine has been discovered in more milk products despite repeated government pledges to clean up the industry.
Advertisement
In July, authorities said they had found 25,000 tonnes of milk powder tainted with melamine earlier this year.

According to the State Council notice, dairy firms are also required to conduct melamine tests on all products before putting them on the market, the report said.

"In cases of delayed crackdowns against illegal dairy production dens or re-emergence of melamine-tainted milk products, local governments should be held accountable," the notice said.

Cows Milk
Encyclopedia section of medindia explains about the consumption of cows milk, which dates back to .....