After Appendix Surgery, Nadal Hopes to be Back at the Start of Next Year

by Himabindu Venkatakrishnan on  November 4, 2014 at 9:35 PM Celebrity Health News 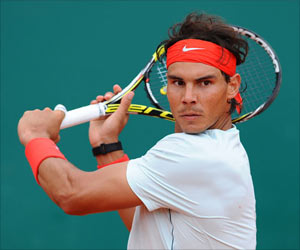 After appendix surgery on Monday that passed off smoothly, former world number one Rafael Nadal is hoping to be back in action in January next year.


Nadal's management company B1PR revealed on their Twitter page that the tennis ace was feeling well, and the surgery went well, and also added that if everything goes as planned he would be out of the hospital on Tuesday.


The Spanish 14-time Grand Slam champion ended his season prematurely after a quarterfinal loss at the Swiss Indoors last month ahead of his date under the knife to remove his appendix, Sport24 reported.

Nadal has been taking antibiotics to treat appendicitis since early October.

Missing last week's Paris Masters and the season-closing World Tour Finals starting Sunday in London he reflected that if he plays the last two tournaments, he would not be competitive and would have no chance to win.

Nadal said that it is better for him to recover, adding that he hopes to be back at the start of 2015 ready for anything.

Quiz on Appendicitis
Appendicitis occurs due to inflammation of the appendix. Test your knowledge on appendicitis by taking this ...
READ MORE

Pregnant Woman Died After Trainee Surgeons Removed Ovary Instead of Appendix
An inquest has heard that 32-year-old Maria De Jesus in 2011 died after trainee surgeons removed her ovary instead of the appendix.
READ MORE

Appendicitis in Children
Appendicitis in children produces symptoms of abdominal pain and swelling, nausea, vomiting and fever. Treatment is through surgery.
READ MORE