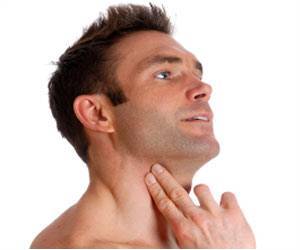 The average lifespan of African Americans is significantly shorter than white Americans, mostly because of heart disease and stroke, which contributed to more than two million years of life lost among African Americans between 1999 and 2010. This is according to a new scientific statement published in the American Heart Association's journal Circulation.

Advertisement
‘Heart disease is the leading cause of death in the UK, USA, Canada and Australia. The number of US adults diagnosed with heart disease stands at 26.6 million.’

In recent years, the life expectancy of African Americans was 3.4 years shorter than that of whites (75.5 vs. 78.9 years, respectively), largely attributable to having a higher rate of heart attacks, sudden cardiac arrest, heart failure and strokes than white Americans.


While socioeconomic status is a major contributor to the greater burden of heart disease and stroke in African Americans, the statement notes that among the growing middle- and upper-class African American community, health outcomes are still poorer in African Americans, even when their socioeconomic status is comparable to white Americans.
Advertisement
Risk factors for heart disease and stroke, such as high blood pressure, obesity and diabetes, start earlier among African Americans. "It is vital that we start preventing disparities by reaching children and young adults with education about the importance of a healthy lifestyle for maintaining health. Young adulthood is a time when a lot of people drop out of the healthcare system. If there's no safety net of healthcare available that emphasizes preventive care, then these disparities in the onset of the risk factors are likely to persist," said Mercedes Carnethon, Ph.D., the writing group chair and associate professor of preventive medicine (epidemiology) at Northwestern University's Feinberg School of Medicine in Chicago, Illinois.

In African Americans, cultural aspects present a challenge in reducing obesity. Multiple research studies have found that many African Americans have a cultural preference for having a larger body size, particularly for women. These attitudes among African Americans complicate the acknowledgement of awareness about obesity and willingness to engage in weight management programs.

People with fewer socioeconomic resources -- less education, lower income -- have less healthy diets, may be less physically active and have poorer quality sleep, all of which lead to the early development of heart disease risk factors. This overabundance of adverse social and environmental factors are major contributors to the disparities. Approximately 26 percent of African Americans are living in poverty, compared with 15 percent in the overall population. The median family income for African American households is $43,151 compared with $66,632 in the U.S. population.

Another potential explanation for persistent disparities across the socioeconomic range in African Americans is unique sources of stress. "Although most people experience stress from jobs and major life events, African Americans are more likely to have persistent economic stress and to face concerns about maintaining their health, including preventing weight gain and managing chronic conditions such as high blood pressure or diabetes," said Carnethon.

The authors note that public health initiatives that could help make the overall environment healthier include restricting the sale of non-nutritious foods in and around schools; menu labeling and providing incentives for food stores to build outlets in local food deserts; creating safe spaces for physical activity that are monitored to reduce the likelihood of crime; and maintaining smoke-free restaurants and public spaces, among others.

Source: Eurekalert
Advertisement
<< Do Not be Misinformed by Sugar Claims
Asthma Care Varies Among Different Neighborhoods >>

Cyanotic Heart Disease
Cyanotic heart disease is a group of congenital heart defects which occurs due to deoxygenated ......