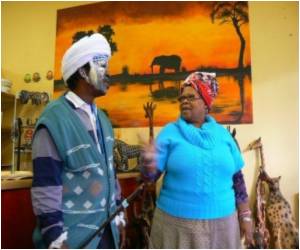 African leaders were urged to encourage support for maternal health by Mary Robinson, the ex-Irish president on her visit to Sierra Leone where high mortality rates exist.

"If the African Union succeeds in fulfilling its commitment to maternal health, it will benefit the economies of countries to have healthy populations," she said at a news conference in Freetown.

Robinson is on a two-day visit to observe implementation of a 90 million dollar (67 million euro) initiative to provide free health care for pregnant women, nursing mothers and children under-five launched in April.


"Sierra Leone has taken a major step forward in promoting maternal health as a human right not only for its own people but also globally, as a model of leadership and initiative in this critical area."

In-depth guide for expecting mothers to overcome health complications related to early or late pregnancy. Anemia, urinary infection, diabetes, premature labor to name a few.
Advertisement
However she raised concerns about the lack of running water in one clinic she visited and a shortage of incubators in another.

According to the World Health Organisation, Sierra Leone has the world's highest death rate among pregnant women and children.

The west African country is one of the world's poorest nations and is still emerging from a brutal decade-long civil war that was officially declared over in February 2002 and left much of the infrastructure in ruins.